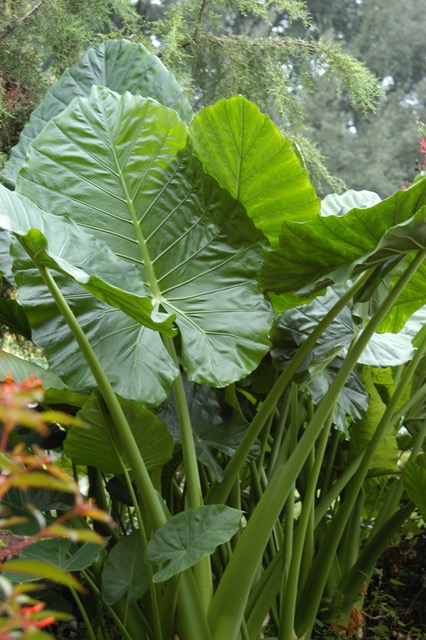 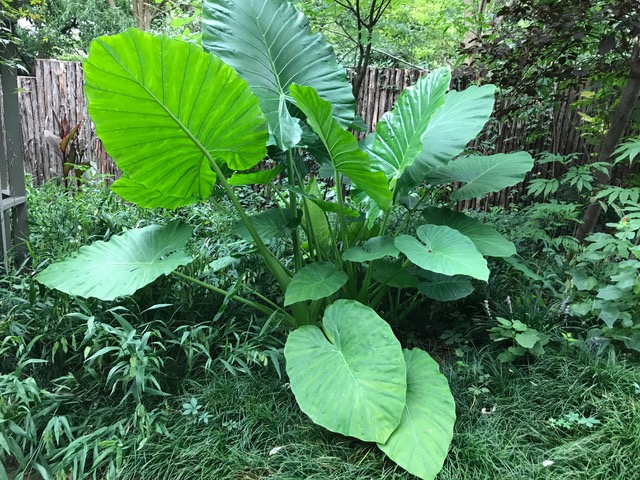 Habit:   Creamy white flowers similar to the calla lilies but unimpressive and rarely bloom. Huge, very distinctive caladium-like leaves on 3-5’ stalks. The leaves stand up dramatically erect. They resemble the capital letter "A" and that’s how I remember the difference between this plant and Colocasia which conveniently has an arching "C" shape.
Culture:  Best used in shade or filtered sun. Needs loose, moist highly organic soil for best results. Some publications and some people say that the hardiness zones are 10-11 and recommend digging and storing the bulbs inside in winter. I don’t agree with that at all. Mine have come every spring for over 10 years. Of course they are under an organic program and that adds about a zone of hardiness.
In those parts of the country the bulbs be started indoors in pots or containers. After last frost date, pots or the bulbs themselves may be sunk to the rim in the garden and containers may be set out on the patio. Water and fertilize regularly. Before first fall frost, pots may be dug up and pots/containers should be brought inside where they can overwintered in a cool (around 60-65 degrees F) location. 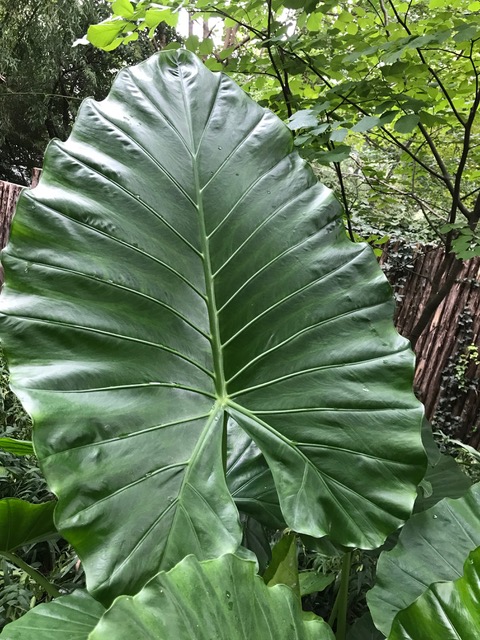 Uses:  Large foliage texture, tropical effect and containers. They also combine beautifully with other summer bulbs and annuals.
Problems:  Few; Freeze damage in Zones 1-7. Can rot on the ground in winter if kept too wet. 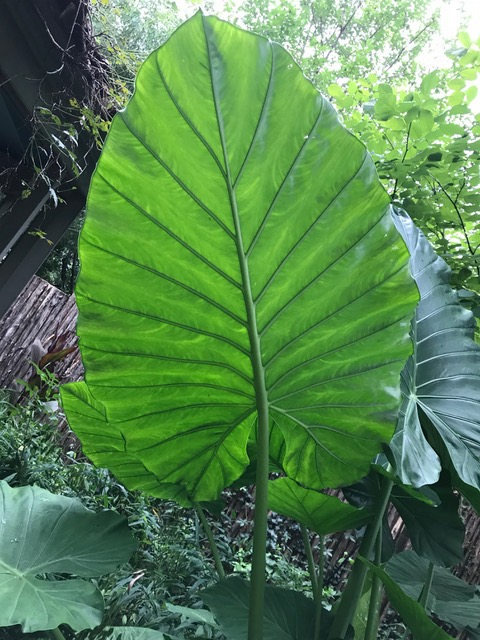 Notes:  Colocasia is very similar but has doesn’t have raised veins as does Alocasia. Colocasia is the mass planting that grow on the edge of Turtle Creek in Dallas. They are even more cold hardy that Alocasia.
Bananas, elephant ears, Hoja santa and other large leaf perennials should be cut off leaving 2-3" stump. Then cover the stump with shredded mulch. Unless the roots stay too wet during the winter from frequent rains or poor drainage, the plants will be back next spring to once again put on a show. Some gardeners put a piece of old carpet over the stump and the mulch on top of that if they concerned about the moisture rotting the crown of the plants. That’s usually unnecessary except in climates colder than zone 8.
Notes:  Caladium is also a genus of flowering plants in the family Araceae. They are often known by the common name elephant ear, Heart of Jesus and Angel Wings. There are over 1000 named cultivars of Caladium bicolor from the original South American plant. 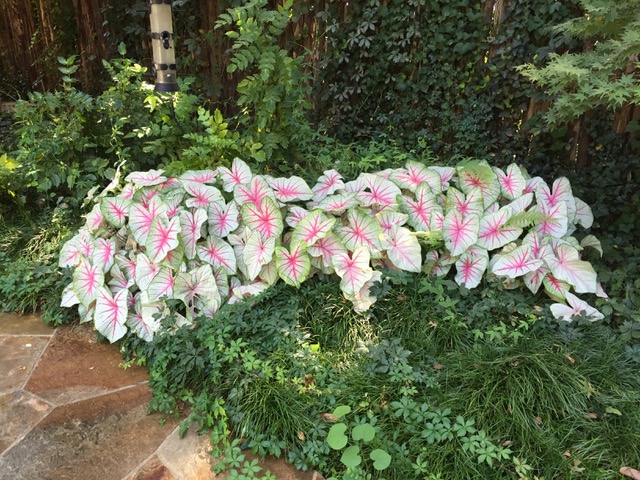