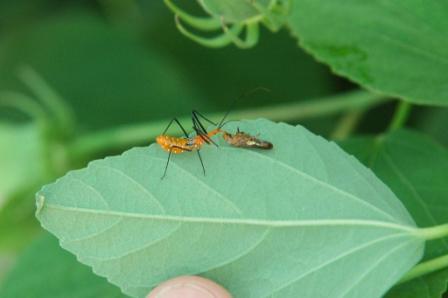 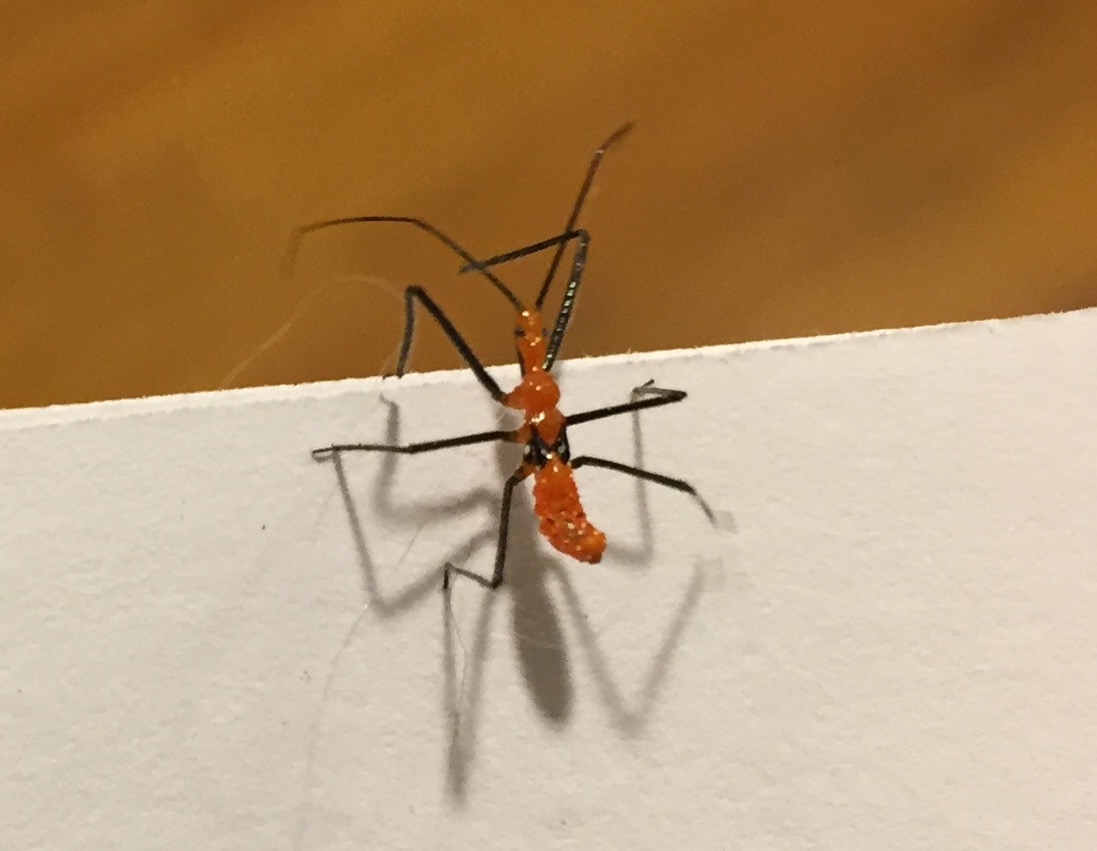 IDENTIFICATION: Various colors and sizes, look like skinny stink bugs or leaf-footed bugs. Abdomen often flares out beneath the wings. Head is elongate with a groove between the eyes. Short curved rostrum (swordlike snout) fits in groove under body. Strong front legs to hold prey. Adults can give you a painful bite if handled but rarely do.

This is a form of assassin bug called the giant wheel bug. 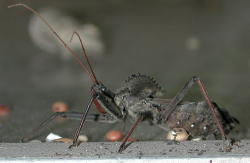 BIOLOGY AND LIFE CYCLE: Eggs usually laid singly or in clusters on branches, in crevices, and under stones and the like. Nymphs are often brightly colored. Incomplete life cycle – with normally one generation per season. Will hibernate in all life forms – eggs, nymphs, and adults.

HABITAT: Many ornamental and food crops.

NATURAL CONTROL: Spiders and themselves. The young feed on each other.