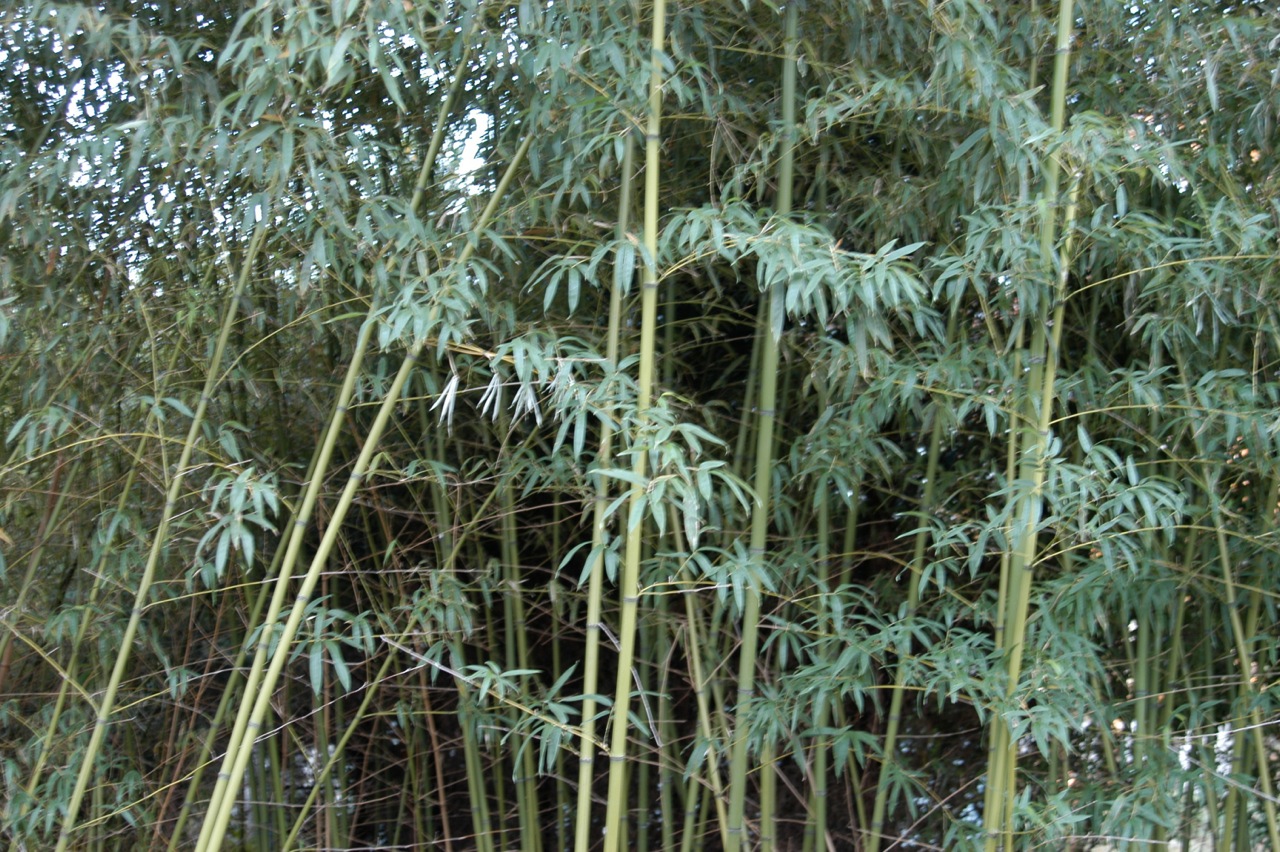 HABIT:  Giant varieties and low growing groundcovers. Most bamboos spread like grasses but clumping forms are available. New sprouts come up once per year in the spring. Native to Asia.

CULTURE:  Best in partial shade, any soil, no special needs. Bamboo dies after flowering which usually happens every 50-60 years. It comes back slowly from the secondary rhizome system.

PROBLEMS:  Spreads and invades other plants. Some varieties will freeze in winter.

NOTES:  Spreading can be stopped by kicking over the shoots just as they emerge in the spring. To control bamboo, cut down or knock over the fast growing shoots in the spring. Then use a sharpshooter or axe to sever the shallowly growing rhizomes.  It is not necessary dig the rhizomes out. The plant will die out in the areas treated.

QUESTION:  Is there any plant native to Texas that grows fast and provides the privacy that bamboo does? I would be willing to control the spreading of bamboo, but I'm afraid my neighbors would not. N.M., Dallas, TX

QUESTION:  We installed a deck over an area where bamboo had been growing, and now bamboo shoots are coming up through the deck slats. Can we kill the bamboo or transplant it? M.G., Flower Mound, TX

ANSWER:  To kill bamboo, the runners must be chopped up. This will be difficult to do with the deck in the way. Removing the top of the deck and digging out the bamboo for transplanting might be the best option if you want to move it. It’s very invasive, so be careful where you plant it.

QUESTION:  I'm looking for a tall visual barrier and bamboo always is mentioned and the fear of it taking over the entire planet.  Some have said it can be controlled by planting large containers, any other ideas on how bamboo can be used without loosing control? G.S., Dallas, TX

QUESTION:  Deep concrete walls or large pots above ground are the only two for sure methods. There are some clumping forms of bamboo that would also be worth looking into. 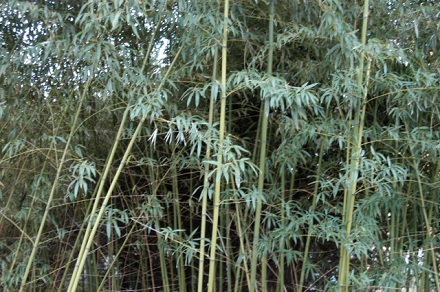 Bamboo is not as hard to control as some people apparently think. Here's an answer I gave to the question in a past column.

QUESTION:  I've got one that will stump you: I bet you can't kill bamboo. B.M., Dallas, TX

ANSWER:  Bet I can! There's a forest of bamboo in the creek area behind my house. It aggressively tries to advance into the yard every year, so I have to stop the advance.

The first step is to knock the shoots down in the spring. As you know, they grow very fast, so this work has to be done daily. Kick them over or slash them off with a machete, which is highly satisfying. Then use a sharpshooter shovel or a hoe to probe the soil and find the underground stems (rhizomes) that the shoots grew from. Trace the rhizomes back toward the plants that will be left and use the sharpshooter or other tool to sever the runners every couple of feet. They do not have to be dug out of the ground. I have killed large areas of bamboo with this technique. Without top growth, cut runners will die.

If you wish the bamboo to be completely gone, cut the top growth to the ground now and use the same procedure explained above over the entire growth area. This works because bamboo doesn't grow back well from the rhizomes when the runners are severed and there is no top growth. In case you are wondering, herbicides do not work at all.

Goats are also a possible solution. Yes, I think goats would love to eat the bamboo, especially as the young shoots emerge in the spring. Only problem is they would most likely wipe it out completely, so don't use them unless eradication is the goal. 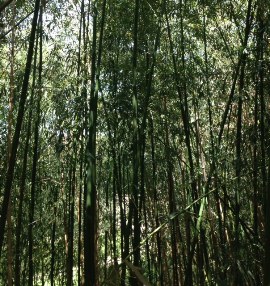 Bamboo is the fastest growing plant in the world and being a grass is annually renewable. Some species can grow as much as four feet a day! Bamboo produces more oxygen than any other plant and consumes more carbon dioxide. Bamboo plants are very effective at removing metals and other toxic substances from soils and water. Bamboo is stronger than steel and more than 1 billion people worldwide live in houses made of bamboo. Bamboo canes are used as stakes for new plants and climbing vines in vegetable gardens and landscaping. Bamboo is definitely one of the most useful plants grown in the world. It is also used as food, animal fodder, fencing and screening.

But, it can be one of the most invasive plants in the world and gardeners are hesitant to grow it. True, that if you plant running bamboo, you need to have underground barriers to prevent running or a regular management program to control it. Even easier – just plant the beautiful clumping varieties like those covered on this site: Hardy Clumping Bamboo