Chemical companies aren't the only ones looking the other way when toxic insecticides trigger mass honey bee deaths. The British Beekeeper's Association (BBA) recently admitted to selling its logo to four toxic European pesticides--Bayer's Decis, BASF's Contest, Syngenta's Hallmark and Belchim's Fury--in exchange for $277,357. The endorsement deal has been going on since 2001.

The UK Independent reports that the active ingredients in Fury and Contest (deltamethrin) and Decis (Cypermethrin) are some of the most toxic pesticides to honeybees. In a 2003 Bulletin of Insectology study that ranked acute toxicity to honeybees from pesticides, deltamethrin and Cypermethrin were rated in the top four out of 100 pesticides listed.

Pesticide.org explains the toxicity of Cypermethrin:

Beekeepers are understandably outraged by the news, and the BBA is now pulling its name from pesticide packaging. The organization hasn't ruled out the idea that its logo might be used on future products. But whatever happens, the incident has at least offered a valuable lesson: no tactic is out of the question for pesticide-producing companies who want to keep their products in good standing.

Beekeeper Who Leaked EPA Documents: "I Don't Think We Can Survive This Winter" 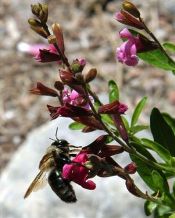 Adult bees are fuzzy, gold- and black-striped, with two pairs of transparent wings. Larvae are white grubs that stay home in wax combs in the hive. 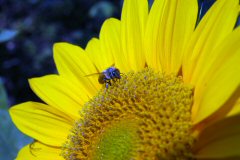 Bees are social insects that live in colonies numbering up to 80,000 or more. Queens lay eggs in wax cells, and workers feed and care for the larvae. Royal jelly is fed to certain larvae, causing them to become queens. Mated queens leave with a swarm of workers to start a new colony. Bees overwinter in hives and live on stored honey. Workers are sterile females and the most numerous. The sole function of males bees, called drones, is to mate with the queen--but only once; they die immediately after mating. Unmated males are killed and dumped from the hive. And they say it's a man's world! 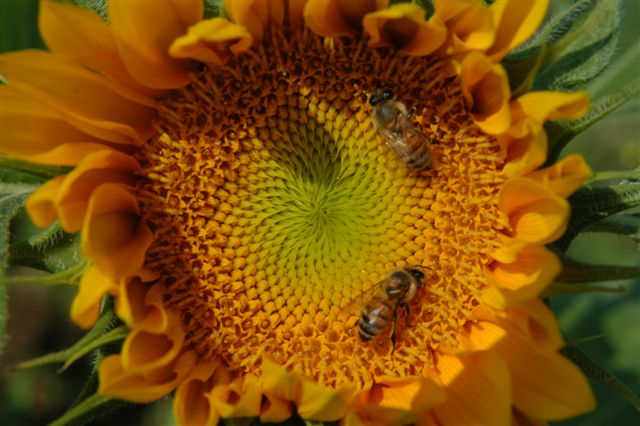 Workers feed on nectar and honey and gather pollen. Larvae feed on honey and royal jelly.

Control: Mites and the unnatural synthetic pesticides. Sevin is one of the worst pesticide choices left on the market. It is extremely toxic to bees. None needed.

Importance: Honey and bee’s wax production and pollination of many ornamental and food crops.

Worker bees are able to sting but only once because the stinger is left inside the victim. The African bee or "killer bee" is closely kin but much more aggressive. The latest research suggests that our nonaggressive bees breeding with the "killers" is resulting in moderately aggressive bees that produce a lot of honey.

Tracheal and varroa mites have caused great destruction of honeybee colonies since the 1980s, but painting the hives a dark brown color helps. As the temperature of the hive increases, the bees fan more and their bodies heat up, killing the mites. Tracheal mites are microscopic and responsible for about 10 percent of the mite destruction to honeybees. Varroa mites are much larger and more destructive, causing about 90 percent of the mite damage. Planting lots of flowering plants, especially those rich in essential oils, such as mints or other fragrant herbs, helps to eliminate the mite problem. 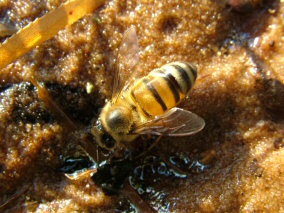 Read more on Bees:
Bees Mysteriously Disappearing  Across the U.S.