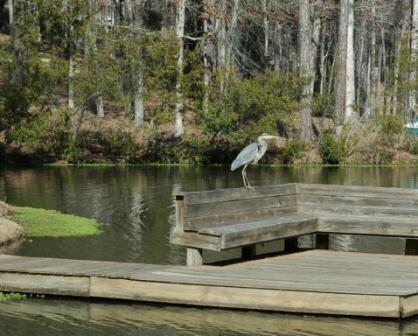 photo taken by Howard on recent trip to Georgia.

Habit: Common over most of North and Central America as well as the West Indies and the Galpagos Islands,

Identification: Largest North American heron, with about a head-to-tail length of 36-55 inches, wingspan of  about 66-79 inches, and a weight about 4-8 pounds.

It is blue-gray overall, with black flight feathers, red-brown thighs, and a paired red-brown and black stripe up the flanks; the neck is rusty-gray, with black and white streaking down the front; the head is paler, with a nearly white face, and a pair of black plumes running from just above the eye to the back of the head.