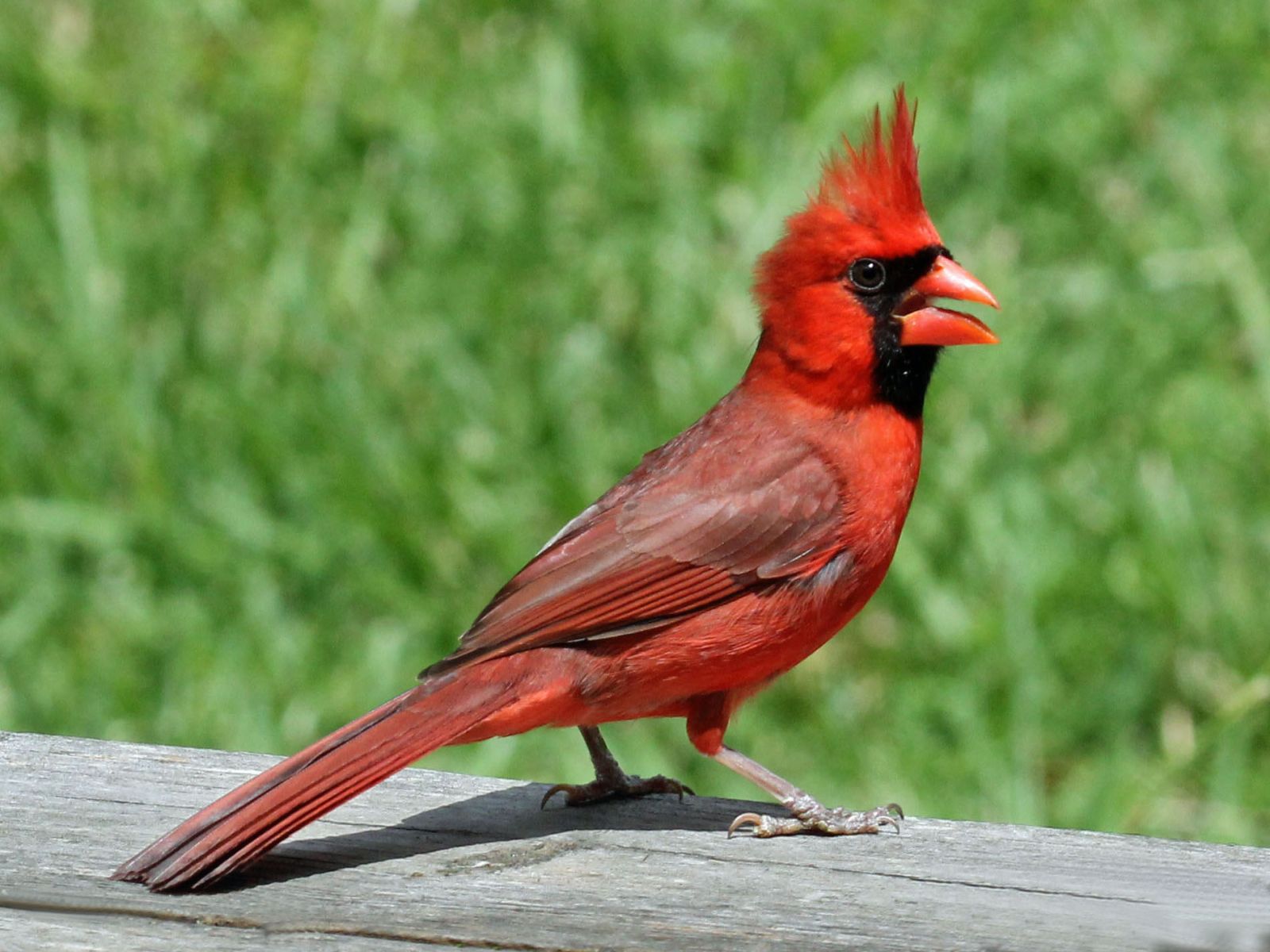 Identification:  Adult male: bright red plumage, dullest on back and wings, black around base of bill, red bill

Conservation: Winter resident although some eastern birds tend to move northeast and north in late summer and early fall.

Notes: Female sings usually after male establishes territory but before nesting starts; likely functions in pair bonding and reproductive synchronization of pair. Male cares for first brood while female incubates second clutch. May form winter flocks of up to 60 to 70 birds. 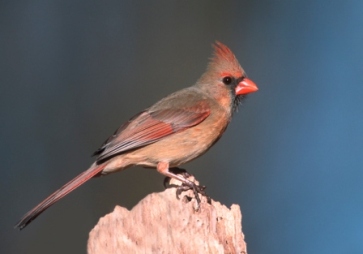 Now we have Cardinals almost everywhere

In the 1800s, the Northern Cardinal (its full name) lived in North America only as far north as southern New York and west only to wooded portions of the Great Plains. It could be seen only rarely in North Texas.

In the 21st century, the Cardinal is almost everywhere in this country (except chunks of the West). This is largely due to their adaptability, and the large number of people who feed birds and create habitat, so the birds can survive harsh winters and hot summers. Today, their range extends into southern Canada, and from the Rocky Mountains, east to the Atlantic coast.

Cardinals only live naturally along forest edges. However, as man cleared millions of small spaces for home sites, more and more “forest edge” was created. We even grew and stored lots of Cardinal-food such as wheat and corn. If humans had set out to create habitat for Cardinals, we couldn’t have done much better.

Adult Cardinals escort fledglings (just-out-of-the-nest youngsters) to the vicinity of bird feeders. The parents bring seeds from feeders to the fledglings, but the adults soon tire of this, and the clumsy fledglings (now knowing where the feeder is) will come by themselves. This “teaching by example” happens often at backyard birdbaths too. Any birdbath deeper than 2 or 3 inches, however, is too threatening for almost all birds.

They eat a variety of seed and, sometimes, even suet; preferring a blend that’s heavy on fresh sunflower seeds. If their finely-tuned senses tell them a seed is stale or dry, they’ll just drop it and go to another yard.