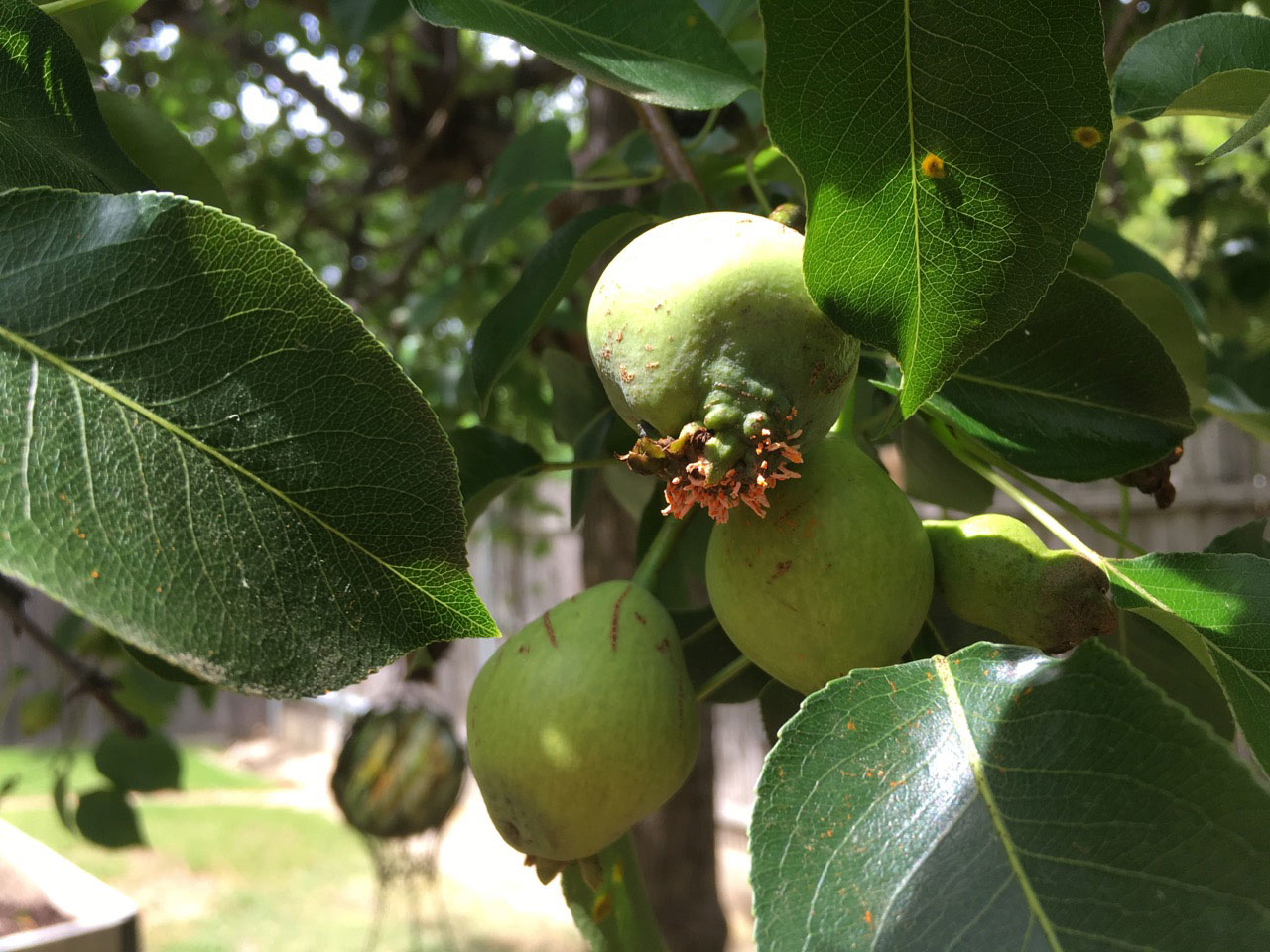 Cedar-apple rust is just one of several similar fungal diseases that could be broadly classified as Juniper-Rosaceous rusts. All have very similar disease cycles but differ by which juniper and rosaceous species they infect. The fungus spends part of its life cycle on a juniper host and part on a host in the rose family. It requires both hosts to complete its life cycle. 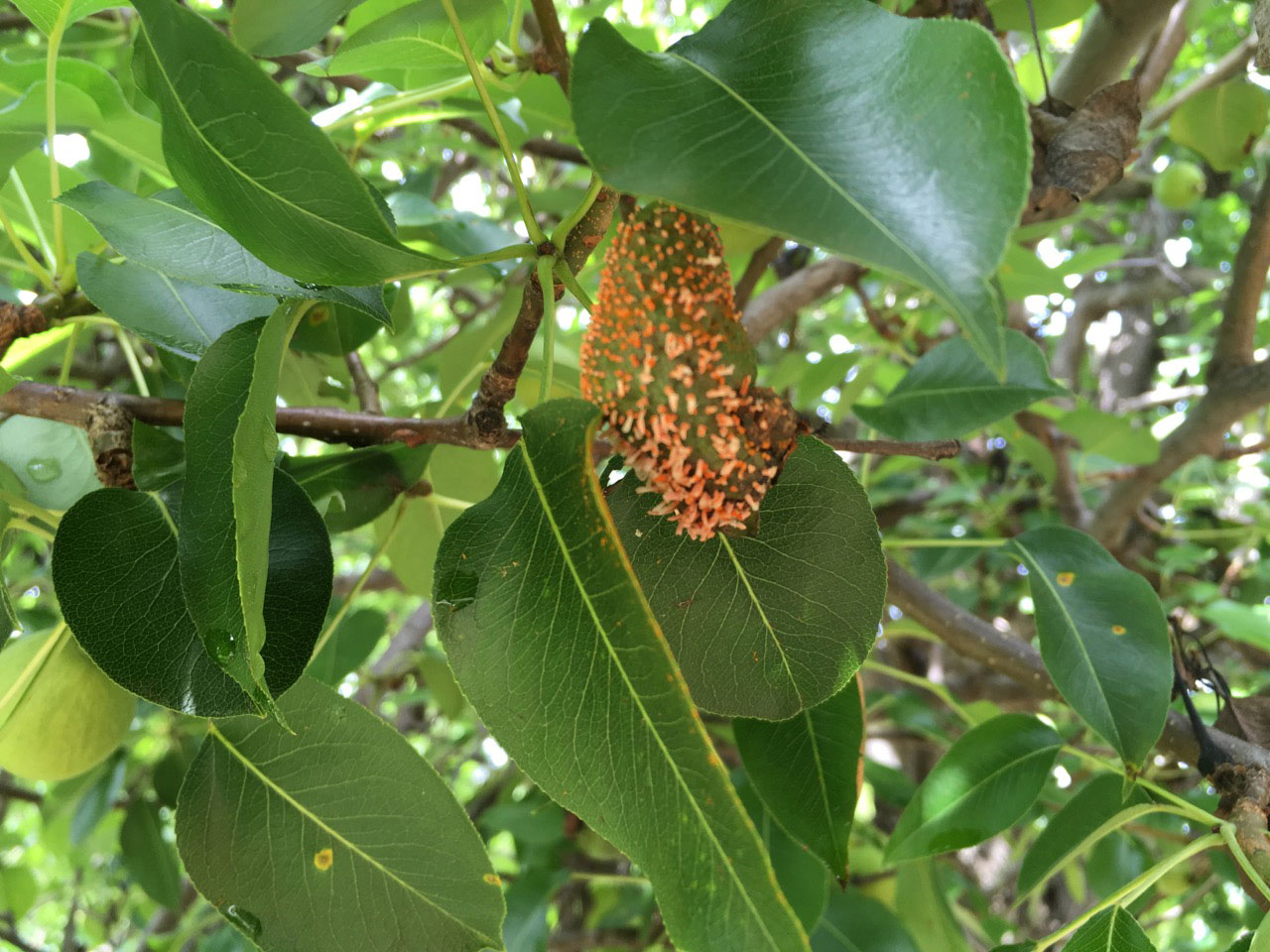 Cedar-apple rust is caused by the fungus known as Gymnosporangium juniperi-virginianae. Two other common juniper-rosaceous rusts are hawthorn rust and quince rust, although there are many more. Examples of juniper hosts include eastern red cedar, southern red cedar, Rocky Mountain juniper, some prostrate junipers, and Chinese juniper. Examples of rosaceous hosts are apple, crabapple, hawthorn, quince, serviceberry, and pear. Some commercial apple varieties are highly susceptible to cedar-apple rust with both direct fruit infection and defoliation of infected leaves. Apply the Sick Tree Treatment and spray Bio Wash (to clean plants). 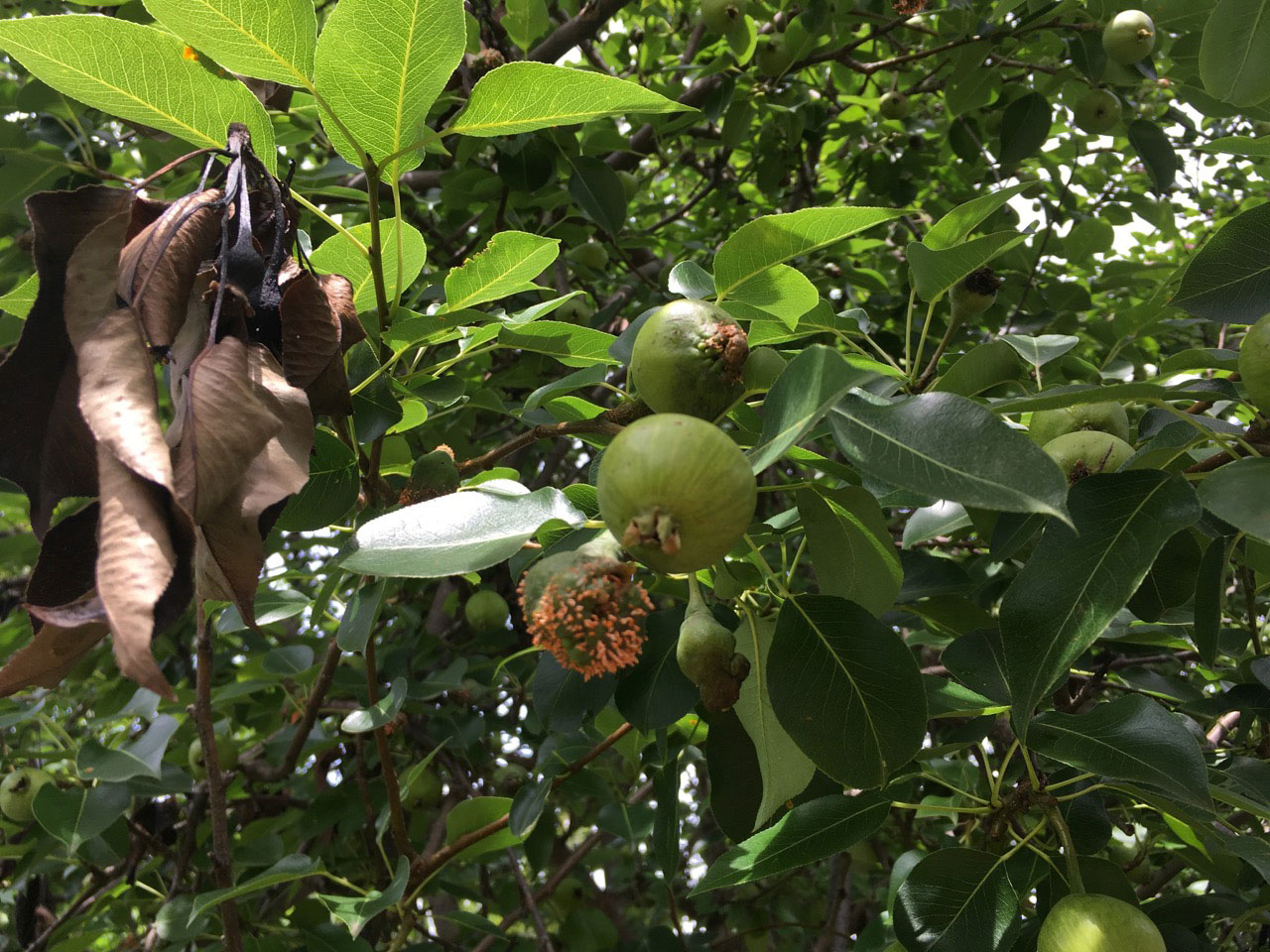