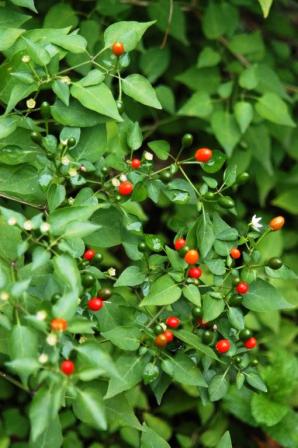 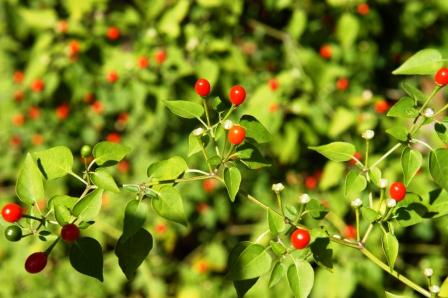 Clean a previously used or new pepper shaker bottle with boiling water.
Fill the bottle with chilies.  Heat the vinegar in a small saucepan over low heat until it steams slightly and put vinegar over the peppers to the top of the bottle.


Note:  Thomas Jefferson first obtained seed of the Bird Pepper in 1812 from Captain Samuel Brown, who was stationed in San Antonio, Texas.   Jefferson recorded planting this pepper in pots and in the kitchen garden in 1814. 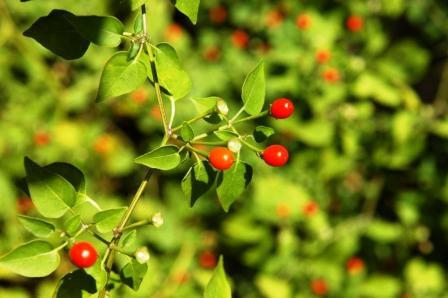