This has to be the weirdest thing that ever floated by me on the Snake River . They were stuck together in death lock, each wanting to kill the other first. My guess is that the falcon snatched up the tasty snake, and it somehow got its tail around the falcon's neck, strangling it in midair causing both of them to crash into the river. They are both alive and well, considering. I think a few more minutes and the snake would have won. The tail was actually tied in a knot around the neck, and getting tighter by the second. I got the snake untied, and well, as you can see, they both made it.

This is another one of those stories you tell, and are always acknowledged with "yeah, right!" Well, here's the proof. Neither of them bit me or scratched me; the snake didn't want to stop biting the falcon's leg, and only let go after I had untied everything else. I got the water out of the falcon's lungs with birdie inversion technique, and stayed with him until he was almost dried off in the sun, and flying a little. Ball of snake and falcon, that is the weirdest thing I have pulled out of the water so far, it beats the wagon wheel! 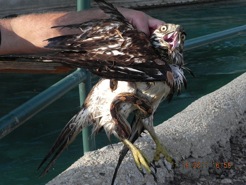 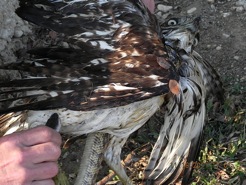 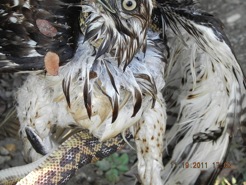 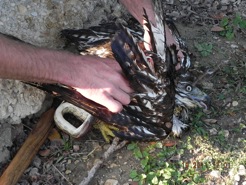 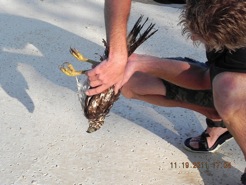 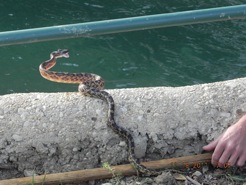 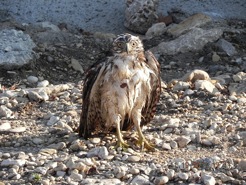