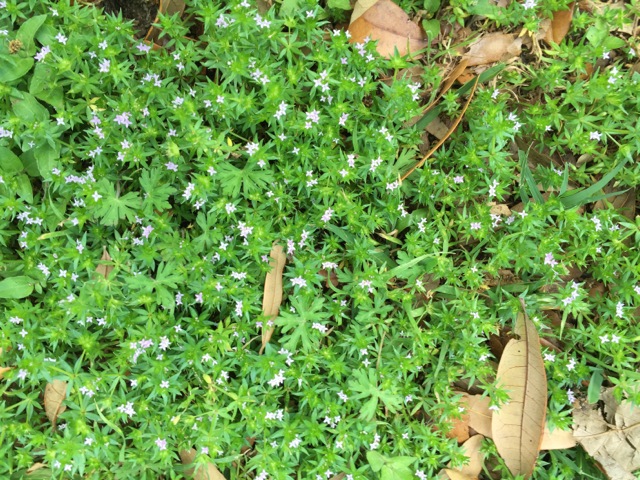 FIELD MADDER Sherardia arvensis (Rubiaceae). Other common names: spurwort, herb sherard, field-madder. This widespread, introduced wildflower/weed is a prostrate growing winter annual that lasts well into the spring. It forms mats in the turf. The leaves are pointed, elliptical and form in whorls around the stem that is square. It spreads by seeds produced in flowers at the tip of the stems. The flowers are pink to lavender in color and occur in the early spring. Field madder is found in the Piedmont region of the southern states.

Field madder thrives in thin turf and is not controlled by mowing, but mowing will at least prevent flower formation and additional seed production. If you consider this plant a weed, thicken the turf with organic techniques and products. If you must kill it, any of the organic herbicides will work. 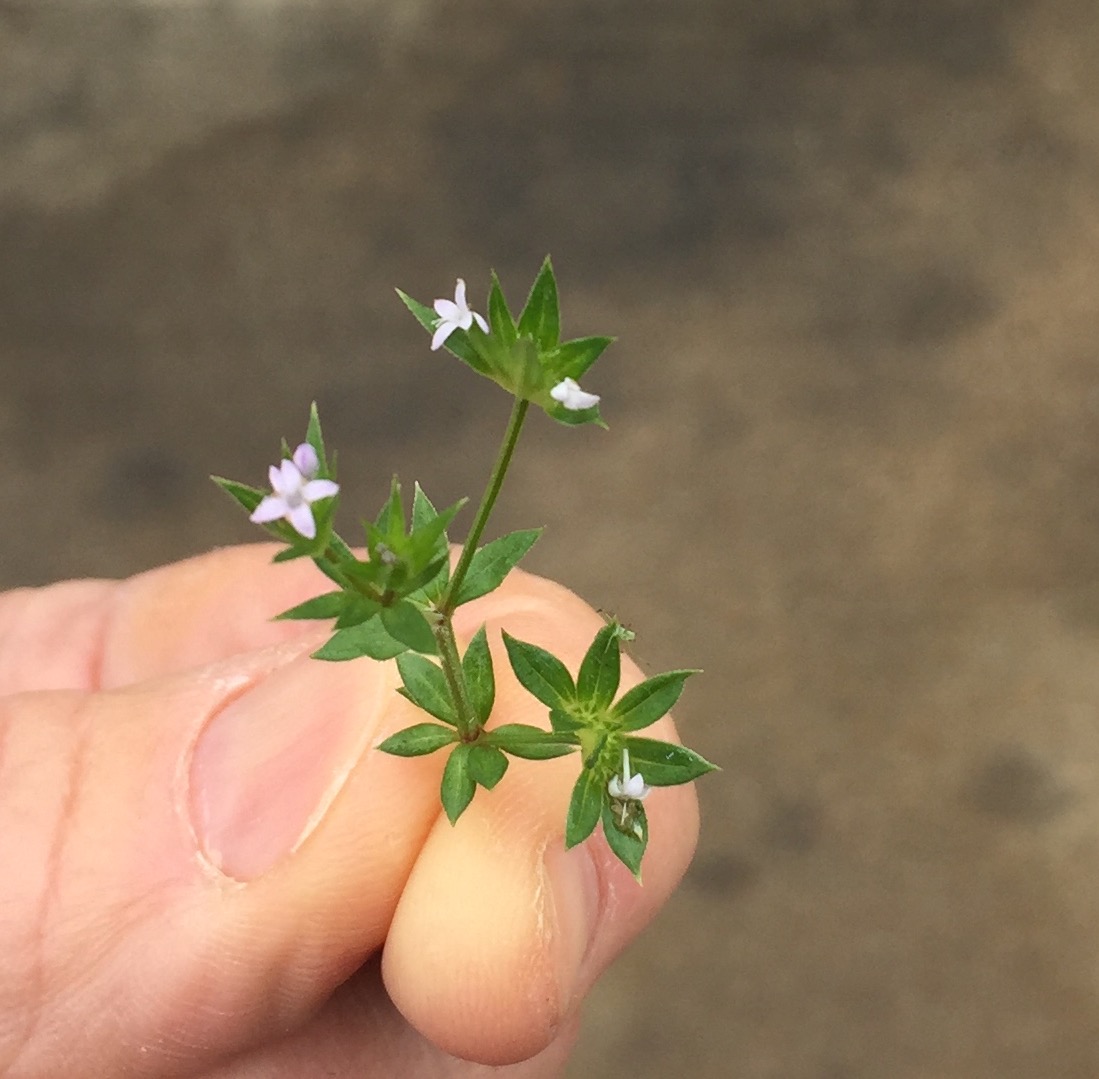 HABIT:  Field madder is a small prostrate warm season annual often plentiful on cultivated land especially on sandy, loamy and calcareous soils. It also invades turfgrass. It has whorled leaves, square stems and pink to purple flowers. There is evidence that field madder was a weed of crops in the Bronze Age. Field madder flowers from May to October. Seedlings emerge from April to October with the main peak of emergence in June and a smaller one in September.

CONTROL:  Field madder may be controlled by surface cultivation from early spring onwards. It is important to prevent seeding by hoeing off the weeds in crops that permit this. It can also be killed with AgraLawn Crabgrass Killer or a vinegar based spray.