SCIENTIFIC NAME:  Hypercompe scribonia (Lepidoptera: Erebidae: Arctiinae)
HABIT:  The giant leopard moth is our largest eastern tiger moth. Giant leopard moths are nocturnal. Males are commonly attracted to lights at night. Sometimes dozens of males come to bright lights set out in good habitat. Females are less common around lights. The caterpillars larvae lack stinging spines and do not bite. However, the stiff setae are effective defenses against predators. When threatened, giant woolly bears curl up tightly to protect their vulnerable undersides. When picked up, their stiff, smooth spines are bent backward and they tend to push the caterpillars forward and out of the grip. Because of this, it is hard to forcibly uncurl them when they are in the defensive posture. Also, in this defensive posture, their bright red inter-segmental areas are highly visible as a display to warn potential predators that they are unpalatable. They are primarily nocturnal, but are often seen crossing roads during the fall while seeking sites to spend the winter or found under leaves or in wood piles by people doing yard work during spring and fall. They sometimes climb trees. 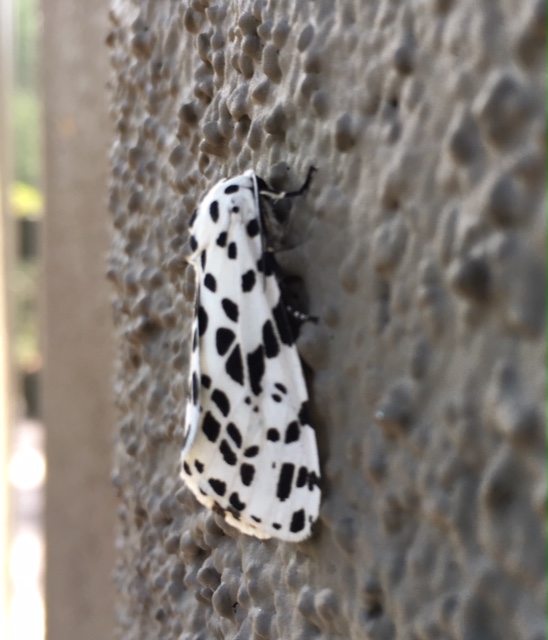 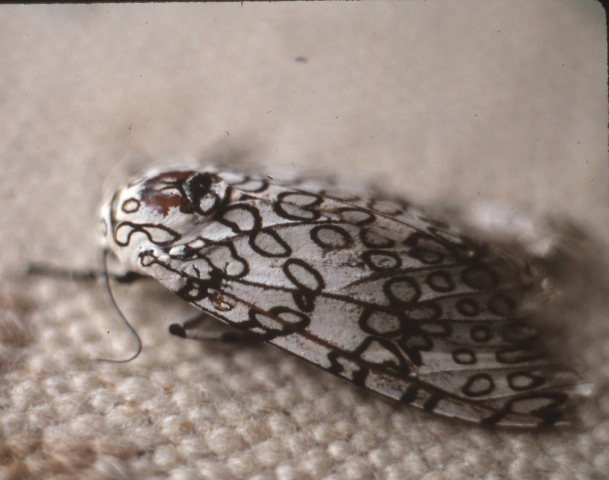 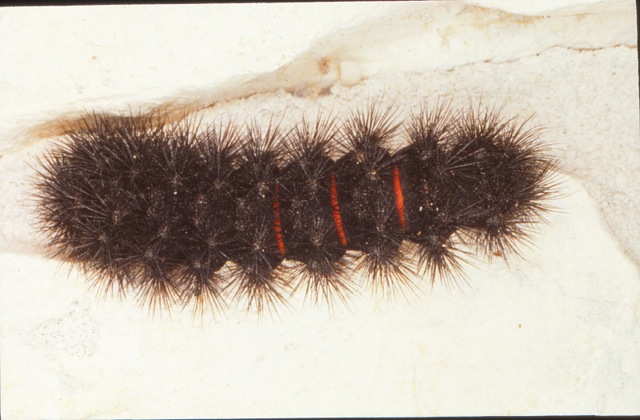 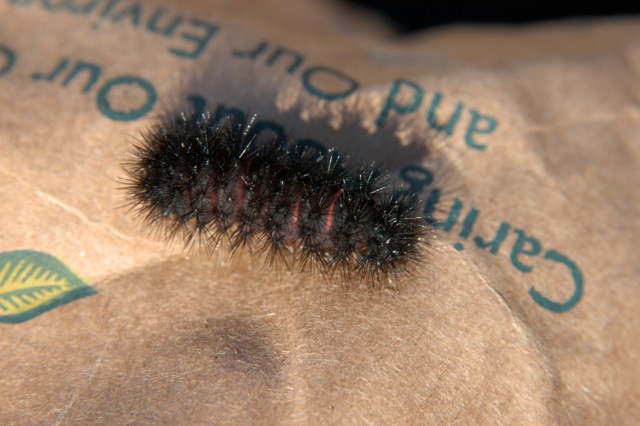 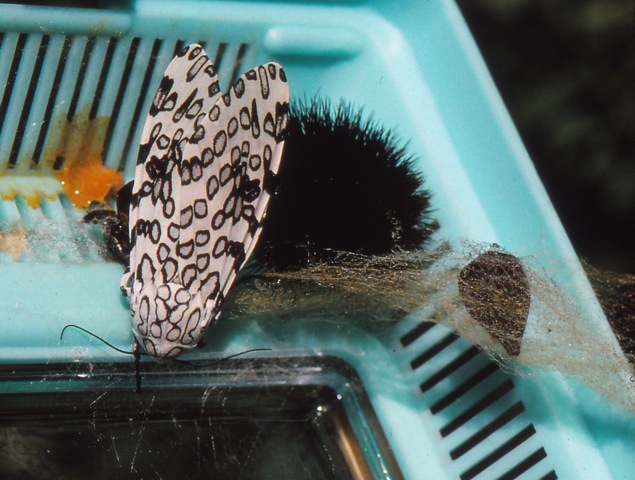 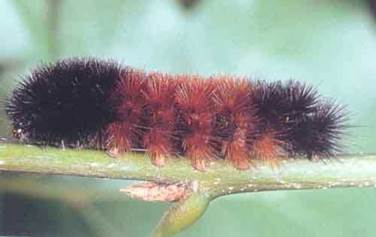 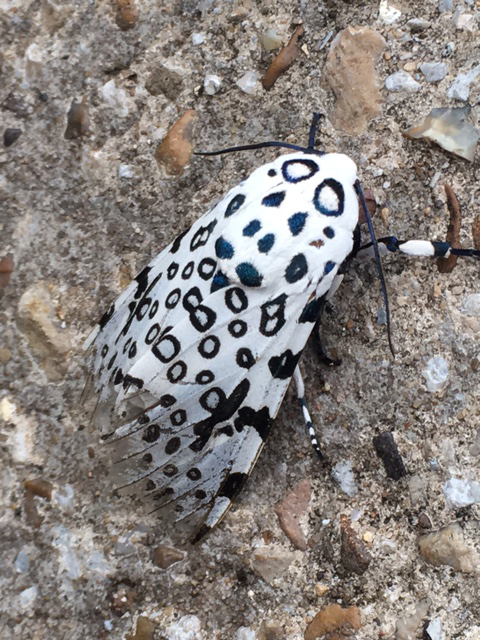 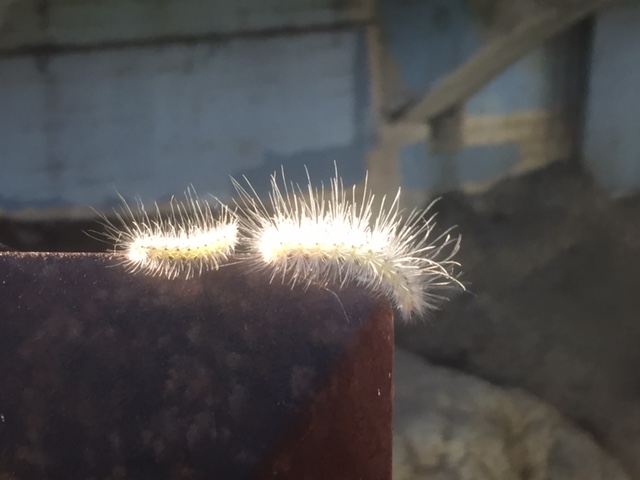 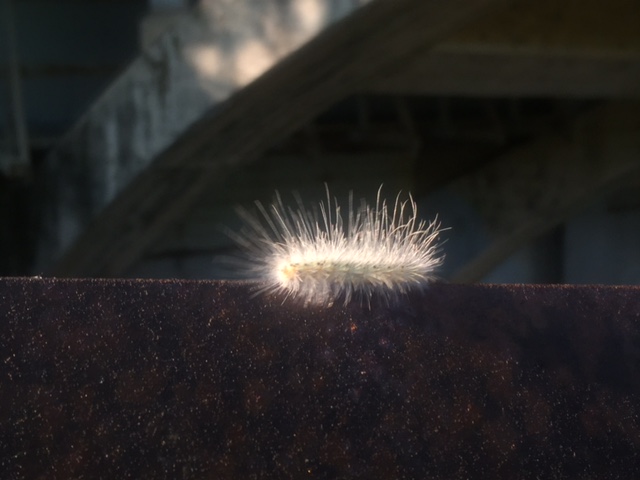