Glyphosate (Round Up) Is Anything But Safe Newsletter

Glyphosate Is Anything But Safe 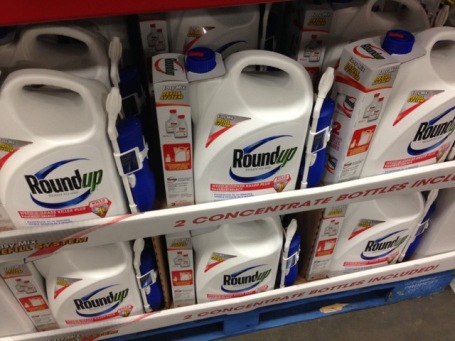 We’ve known for some time that glyphosate (Roundup) has been linked to cancer, attention deficit disorder, and damage to microorganisms in the soil. It's also harmful to the digestive tracks of wildlife, livestock, pets and people - as well as having strong ties to the increasing presence of autism in children. Here is the latest research confirming the link to cancer.

The International Agency for Research on Cancer (IARC) released its finding on March 20, 2015 concluding that there is sufficient evidence of carcinogenicity based on laboratory studies. Here is a link to the Study Summary.

Glyphosate is touted as a “low toxicity” chemical and “safer” than other chemicals by EPA and industry and is widely used in food production and on lawns, gardens, parks, and children’s playing fields. However, IARC’s new classification of glyphosate as a Group 2A “probable” carcinogen finds that glyphosate is anything but safe. According to IARC, Group 2A means that the chemical is probably carcinogenic to humans based on sufficient evidence of carcinogenicity in experimental animals. The agency considered the findings from an EPA Scientific Advisory Panel report, along with several recent studies in making its conclusion. The agency also notes that glyphosate caused DNA and chromosomal damage in human cells. Further, epidemiologic studies have found that exposure to glyphosate is significantly associated with an increased risk of non-Hodgkin’s Lymphoma (NHL).

“With the cancer classification on top of the documented weed resistance to glyphosate and water contamination resulting from its use, continued reliance on glyphosate is irresponsible from a public health and environmental perspective,” said Jay Feldman, executive director of Beyond Pesticides. “We have effective sustainable organic management systems that do not utilize glyphosate and it’s time that EPA and USDA recognized its responsibility to move away from hazardous and unnecessary pesticides,” he continued.

Ironically, EPA in 1985 originally classified glyphosate as ‘possibly carcinogenic to humans’ based on tumors in laboratory animals, but changed its classification to evidence of non-carcinogenicity in human years later, most likely due to industry influence, allowing the chemical to be the most widely used pesticides in the U.S. USDA has contributed to its growth by deregulating crops, including the vast majority of corn and soybeans, that are genetically engineered to be tolerant to the chemical. In recent years, weeds have exhibited resistance to glyphosate and its efficacy has been called into question. Additionally, the U.S. Geological Survey (USGS) routinely finds glyphosate in U.S. waterways especially in the Midwestern states and the Mississippi River valley. Ecological data also reports that glyphosate and glyphosate formulated products are toxic to aquatic organisms, and is extremely lethal to amphibians.

But the U.S. regulatory agencies have ignored questions about its hazards and its necessity in crop production. Last year, cotton growers applied for an emergency exemption for the use of propazine on three million acres of cotton because glyphosate was no longer effective. Now that IARC has classified the world’s most widely used herbicide as a probable human carcinogen, EPA must quickly reevaluate its widespread use and registration status.

Here is some information on glyphosate and autism: Glyphosate Herbicide will Cause Half of All Children to Have Autism by 2025

Here is an article including almost 40 links to the dangers of Roundup: Roundup. Enough to Make You Sick.

Here is a link on what to use instead of toxic chemicals to kill weeds: Organic Herbicide Information.

To discuss this newsletter or any other topic, tune in Sunday 8am -11am central time to the Dirt Doctor Radio Show. The call-in phone number is 1-866-444-3478. Listen on the internet or click here to find a station in your area.

Join the Organic Club of America