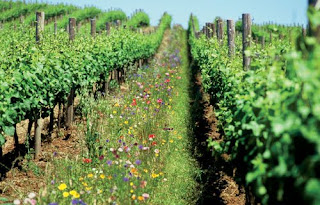 Many small farmers and organic food activists are claiming that if H.R. 875 is passed, it will mean the end of organic farming in the United States.

H.R. 875 was introduced by Democrat Rosa DeLauro in February. Her introduction of this bill represents a stunning conflict of interest, because her husband, Stanley Greenburg, works for Monsanto. Monsanto is the world's biggest producer of herbicides and genetically engineered seeds, and they would GREATLY benefit if thousands of small organic farmers were put out of business, because organic farmers don't use Monsanto products.

H.R. 875 is called the Food Safety Modernization Act of 2009 and you can find the full text of the bill here:

This horrific bill would establish a "Food Safety Administration" within the Department of Health and Human Services. The mandate of this new department would be "to protect the public health by preventing food-borne illness, ensuring the safety of food, improving research on contaminants leading to food-borne illness, and improving security of food from intentional contamination, and for other purposes."

Section 3 of H.R. 875 defines what type of establishments would be subject to the regulations in this legislation. It that section, a "food production facility" is defined this way:

If you read this bill, you will see that it gives the government the power to regulate what is "safe" farming, and therefore if organic farmers are not using enough herbicide on their plants to be "safe" or they aren't following the same "quality control" procedures as the big guys they could be instantly put out of business.

In addition, it loads small farmers with massive amounts of paperwork and administrative burdens that the big corporations can handle but they can't.

That is how you put a horde of small competitors out of business - you get the government to pile on the rules and burdens and regulations until they collapse.

That is why Monsanto desperately wants this bill. They hate the small farmers and they want to take them out of the picture.

If you care about organic farming, please call Congress and tell them to stop this horrible bill.

This was the response e-mail (below) from the TX Agriculture Dept. I had sent them an e-mail regarding my serious concerns about this new bill, due to the fact that I am a Certified Organic Grower. I just thought I would forward it to you, maybe it will ease the fear that is spreading regarding H.R. 875.

Thank you for emailing us about H.R. 875. We are aware of the legislation and we are watching it closely. While there are some causes for concern in the bill, the bill isn't an attack on organic producers or farmers markets as several internet campaigns have claimed. These claims are categorically false. The bill is a food safety bill that would split FDA into a food safety agency and a drug safety agency. There are some regulations and fees involved, but there is no language about how crops should be grown or requirements for pesticide usage. In addition, the House Energy and Commerce Committee, the committee with jurisdiction on the issue, has already said that this bill will not move forward.

President Obama recently appointed Dr. Kathleen Merrigan as the USDA Deputy Secretary. Dr. Merrigan has worked her entire life creating and cultivating the country's national organic policies. Given the President's statements on food safety and Dr. Merrigan's appointment, I do not expect any legislation making organic production more difficult. If you have any further questions, feel free to email me or give me a call.