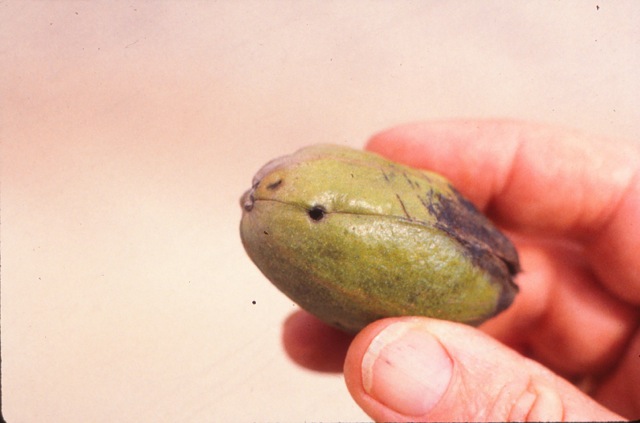 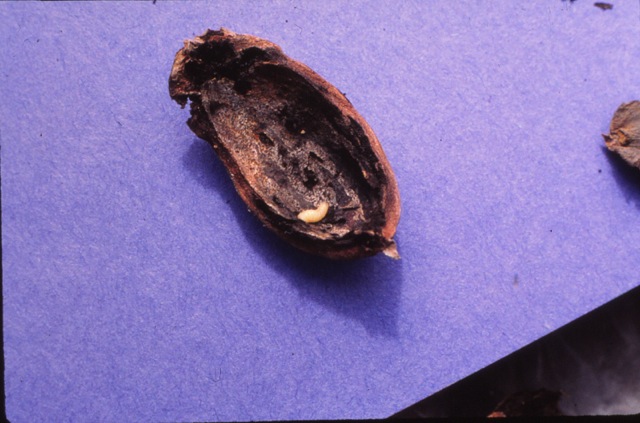 BIOLOGY AND LIFECYCLE: Eggs are deposited on leaves and young nuts. Larvae infest the shucks covering the nuts and then overwinter in the fallen debris on the ground. They pupate in late winter to early spring and emerge as adults in the summer. As many as five generations a year. Complete metamorphosis.

FEEDING HABITS: Larvae feed in developing young nuts. In the late summer and fall the larvae tunnel into the shucks of hickories and pecans, preventing the kernels from filling out.

ECONOMIC IMPORTANCE: Can cause severe injury to pecan and hickory crops. Nuts are damaged and shucks fail to open.