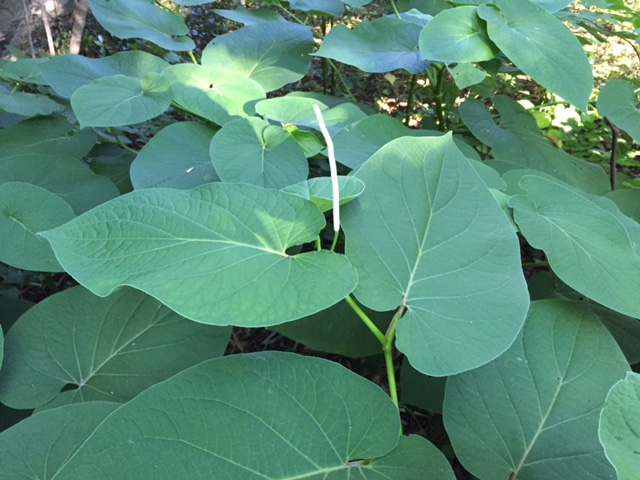 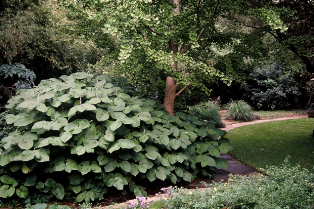 PLANTING: It can be planted from root divisions any time of the year but fall through spring is the best window of time. Container plants can be installed year round. 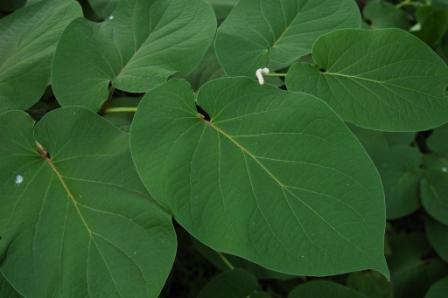 BLOOM/FRUIT: The flowers are interesting cylindrical spikes that bloom all summer. 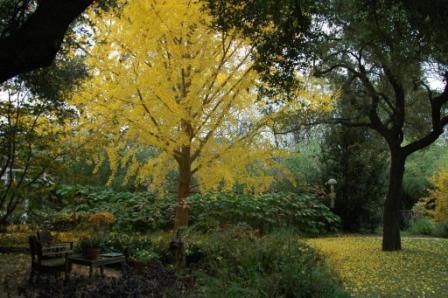 That's my hoja santa forest under the ginkgo 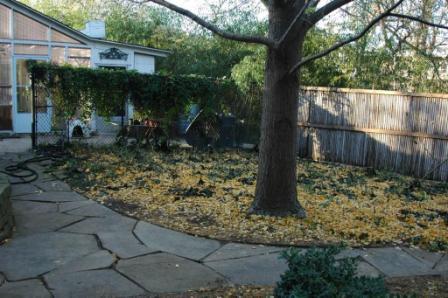 Hoja santa in winter after being cut back

GROWTH HABITS/CULTURE: Hoja santa is a herbaceous or semi-woody herb that sprouts from the ground with many shoots. It has large, velvety, heart-shaped leaves often 10 inches or more in length. It is very easy to grow in prepared soil and is perennial in an organic program. It does need moist soil.

PROBLEMS: Hail and high winds will damage the large leaves. Minor chewing insect pests is about all I’ve ever seen. It might freeze out in the northern part of the state, but it is completely perennial as far north as the Dallas/Fort Worth area.

HARVEST/STORAGE: Pick the large leaves as needed and use fresh. It can be stored dry or frozen if needed for the winter months. As with all herbs, it’s best to store in glass containers. A better plan is to have at least one plant in a container to protect and have leaves year round. 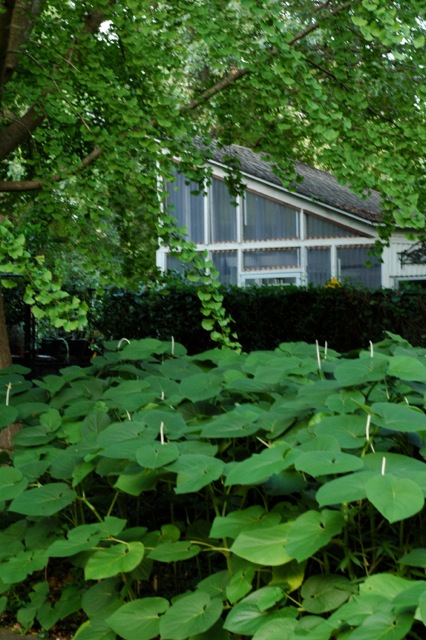 CULINARY USES: The leaves can be used to flavor dishes and to wrap various fillers of meat, fish, vegetables. Hoja santa has a distinctive root beer taste. It is a popular ingredient in Guatemalan and Mexican food, however research shows that eating large quantities of hoja santa is not healthy. So don’t eat large quantities. Here's a good recipe: Put into a leaf, pieces of chicken, beef, or fish, some onions, garlic, and peppers, a dash of amino acids, and/or wine. Roll the leaf enchilada-style and bake for an hour at 350° in a casserole dish. This makes a delicious appetizer or main course.

As an infusion, it is drunk to stimulate digestion and to calm colic. It is said to have diuretic and anesthetic properties as well. And a homeopathic tincture of hoja santa is often employed for bronchial infections and asthma.

In the United States, the FDA has been less kind. Because, like sassafras, it contains the essential oil safrole, which is known to be carcinogenic in animals, some sources consider it to be toxic. As an ingredient, safrole was banned in the 1960s and the making of root beer extract now uses artificial flavorings. However, Wikipedia refers to an article that states “toxicological studies show that humans do not process safrole into its carcinogenic metabolite.” Dangerous or not, hoja santa is used extensively in the cooking of Mexico, particularly in salsas, stews, and tamales.

MEDICINAL USES: It is said to help relieve nervous anxiety, stress and restlessness. It can be eaten or taken as a tea, however, it is very powerful and should be used on a limited basis. Long term use may cause liver problems.

LANDSCAPE USES: It is useful in large pots and the perennial garden. The texture of the large leaves is distinctive and the white flowers are interesting. Use hoja santa as a strong background planting but give it plenty of room.

INSIGHT: Piper methysticum (Kava Kava) is a closely kin herb that is used as a calming tea. Both this plant and hoja santa should not be overused. According to the American Botanical Council, extended continuous intake can cause a temporary yellow discoloration of skin, hair and nails. Just use common sense and don’t overdo this or any other herb.

In 2001 I wrote a book that includes information on this and many other wonderful plants we call herbs – Howard Garrett's Herbs for Texas. 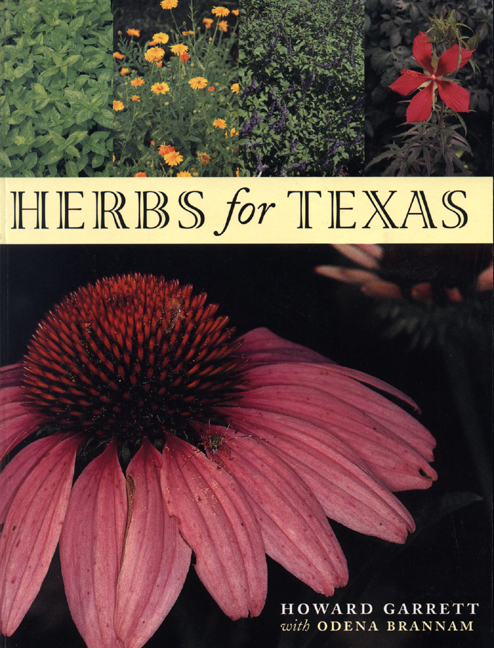 Bananas, elephant ears, Hoja santa and other large leaf perennials should be cut off leaving 2-3" stump. Then cover the stump with shredded much. Unless the roots stay too wet during the winter from frequent rains or poor drainage, the plants be back next spring to once again put on a show. Some gardeners put a piece of old carpet over the stump and the mulch on top of that if they concerned about the moisture rooting the crown of the plants.

It is often used in Mexican cuisine for tamales, the fish or meat wrapped in fragrant leaves for cooking, and as an essential ingredient in Mole Verde, the green sauce originated in the Oaxaca region of Mexico. It is also chopped to flavor soups and eggs. In Central Mexico, it is used to flavor chocolate drinks. In southeastern Mexico, a green liquor called Verdín is made from hoja santa. American cheesemaker Paula Lambert created "Hoja santa cheese", the goat's milk cheese wrapped with the hoja santa leaves and impregnated with its flavor. While typically used fresh, it is also used in dried form, although drying removes much of the flavor and makes the leaf too brittle to be used as a wrapper.

Question: Are seeds available to propogate the Hoja Santa?

Answer: Not that I know of and I can't find anything on the web. It is very easy to propagate from a small shoot.