Jenny, the 29 year old African elephant at the Dallas Zoo, recently painted a picture for the Dirt Doctor. It is one of his favorite speaking fees.   January 2006 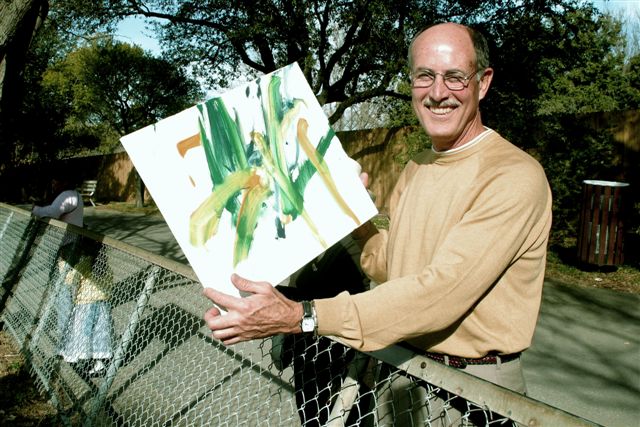 Elephantidae (the elephants) is a family of animals, and the
only remaining family in the order Proboscidea. 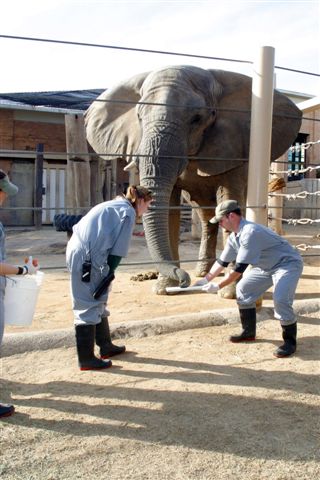 Jenny, expressing her artistic talents at the Dallas Zoo.


Elephants are the largest land animals and largest land mammals alive today. At birth it is common for an elephant calf to weigh 120 kg (265 lb). It takes 20 to 22 months for a baby elephant to mature to birth, the longest gestation period of any land animal. An elephant may live as long as 70 years. 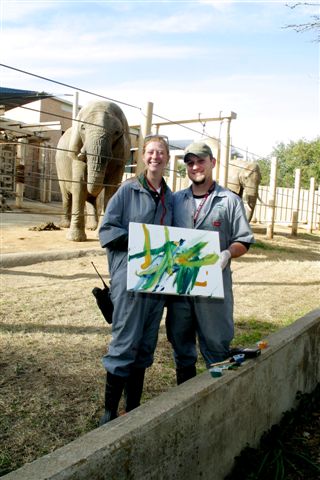 Types of Elephants
The African and Asian elephants are separate species. African elephants tend to be larger than the Asian species and have bigger ears (which are rich in veins and thought to help in cooling off the blood in the hotter African climate).

Social behavior
Elephants live in a very structured social order. The social lives of male and female elephants are very different. The females spend their entire lives in tightly knit family groups made up of mothers, daughters, sisters, and aunts. These groups are led by the eldest female, or matriarch. Adult males, on the other hand, live mostly solitary lives.