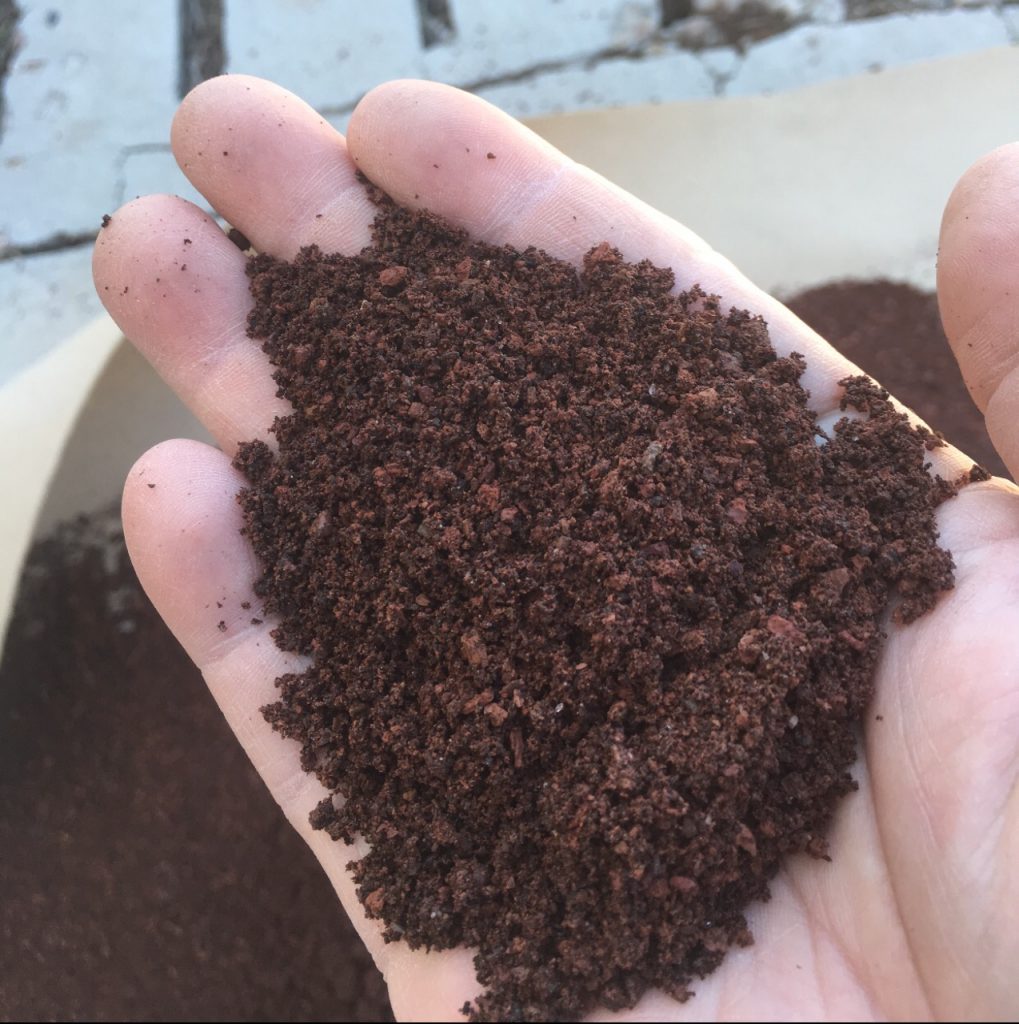 High quality lava sand is a high-energy soil amendment. It can be used in potting soils, germination media, bed preparation, farms, ranches, gardens and landscapes. It increases the water holding capacity of the soil and increases the paramagnetism. It offers a physical improvement to the soil that moves unhealthy, unbalanced soils toward balance. The angular, porous pieces of lava hold and exchange nutrients efficiently and they attract and redistribute energy in the soil. Lava sand makes soil nutrients more available to plant roots and provides aeration and porosity to the soil.

“Superior lava products have moisture holding capacity, exchange capacity and much higher paramagnetism than any other product on the market. This important property has direct influence on mineral availability to plants resulting from increased biological activity – the most important part of soil improvement for successful landscaping, gardening, farming and ranching.”
- Howard Garrett, The Dirt Doctor

Multiple reports from scientists at Stanford University, among others, have predicted the earth will continue to see less and less rain, warning that what we consider severe conditions now should be seen as the new normal.

This is where the role of soil amendments like lava sand becomes critical. Farms with natural organic soil amendments have been shown to produce higher yields than their conventional counterparts during droughts, according to one of the biggest studies ever done on organic farming and published in the journal Nature Plants in 2016. The study analyzed 40 years of science comparing organic and conventional farming practices, and found that well-managed, nutrient-dense organic soils are capable of retaining more moisture during times of drought, allowing them to continue producing crops in drought conditions.

Organic soils, particularly soils with lava sand, are going to hold more water, meaning a plant growing in that soil will do better.

The benefits are not reserved for organic farms. Conventional agriculture also sees production and yields in drought conditions improve when it introduces organic matter and lava sand into its soil.