Most Troublesome Weed in the U.S.

What’s the most troublesome weed in the U.S.? 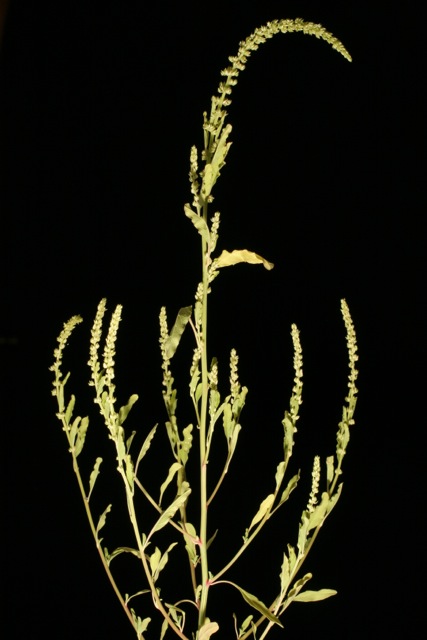 Photo Credit: Botanical Research Institute of Texas
It’s now official. A survey conducted by the Weed Science Society of America (WSSA) has ranked Palmer amaranth, also known as Palmer pigweed, as the most troublesome weed in the U.S. Weeds in the Galium genus (cleavers, catchweed bedstraw and false cleavers) ranked as the most troublesome in Canada.
“We certainly weren’t surprised to find Palmer amaranth at the top of the U.S. list,” says Lee Van Wychen, Ph.D., science policy director for WSSA. “This weed can have a devastating impact on crop yields. Its stems are tough enough to damage rugged farm equipment, and it is extremely prolific. A single Palmer amaranth plant can produce as many as a million seeds during a growing season.” 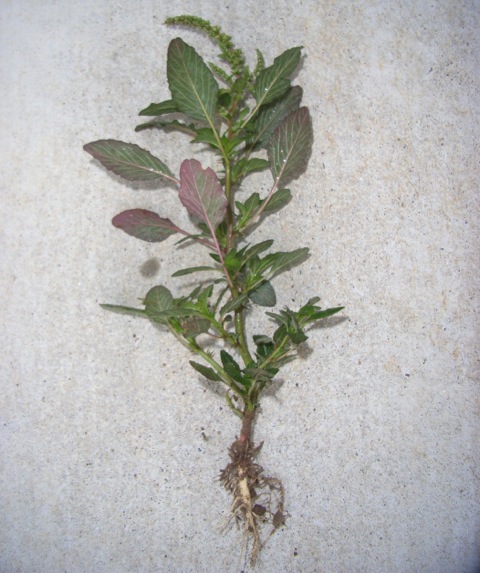 Pigweed (Palmer Amartanthus)
Hundreds of weed scientists, Extension agents and practitioners across 49 U.S. states, Puerto Rico and eight Canadian provinces participated in the 2015 WSSA survey. They provided input on both the most common weeds (those most frequently seen) and the most troublesome weeds (those most difficult to control) in 26 different cropping systems and natural areas. The lists below are based on an aggregation of their responses, which mentioned more than 650 weeds at least once.
Three weeds – common lambsquarters, morningglory species and Palmer amaranth – appear on both lists above.

For Canada, weed species in the Alberta, Saskatchewan and Manitoba prairies tended to dominate the survey.  Wild buckwheat and wild oat appeared on both the “most troublesome” and “most common” lists.
Among the other significant findings from the 2015 WSSA survey were the most troublesome and the most common weeds in several key crops and ecosystems across the U.S. and Canada:

The 2015 survey data is available at http://wssa.net/wssa/weed/surveys. Scientific names for the weeds above are available in the WSSA composite list of weeds at http://wssa.net/wssa/weed/composite-list-of-weeds.
WSSA plans to conduct its weed survey annually, with a three-year rotation of different weed habitats. The 2016 survey focuses on weeds in broadleaf crops, fruits and vegetables. The 2017 survey will focus on weeds in grass crops, pastureland and turf, while the 2018 survey will focus on weeds in aquatic environments, natural areas and other noncrop settings.
Source:  The Weed Science Society of America