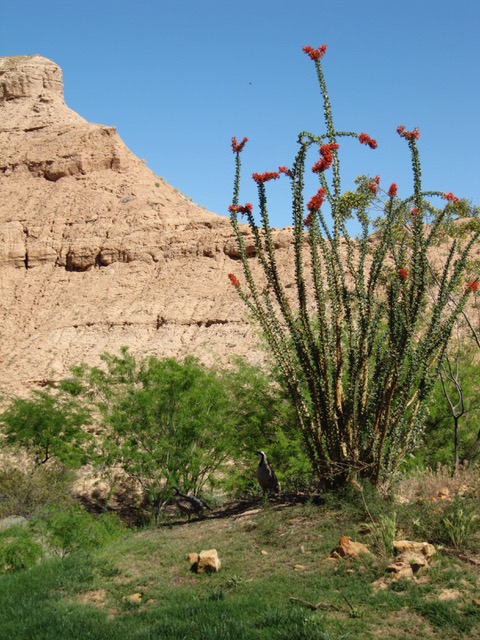 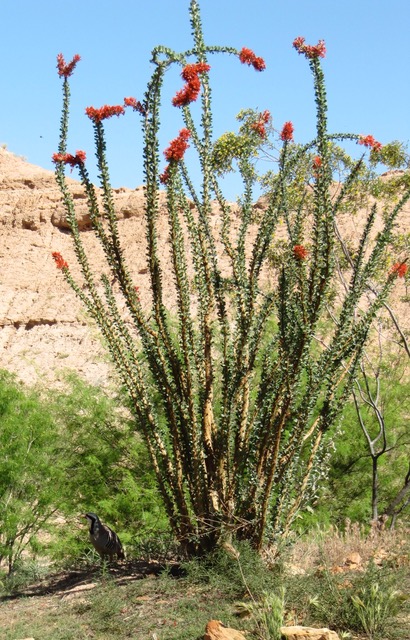 Habit:  Ocotillo is one of easiest plants to identify in the desert. It is a large cactus-like plant with long cane-like unbranched spiny stems that grow from a short trunk. Small 2 inch leaves grow from the stems when there is enough moisture. Leafless most of the year, except immediately after rain; the leaves then quickly wither after the soil dries out. Dense clusters of red tubular flowers grow from the end of the stems from March through June. Ocotillo can reach heights of up to 20 feet. Ocotillo is not a true cactus. For much of the year, the plant appears to be an arrangement of large spiny dead sticks, but the stems are partly green. With rainfall, the plant quickly becomes lush with small leaves, which may remain for weeks or even months. 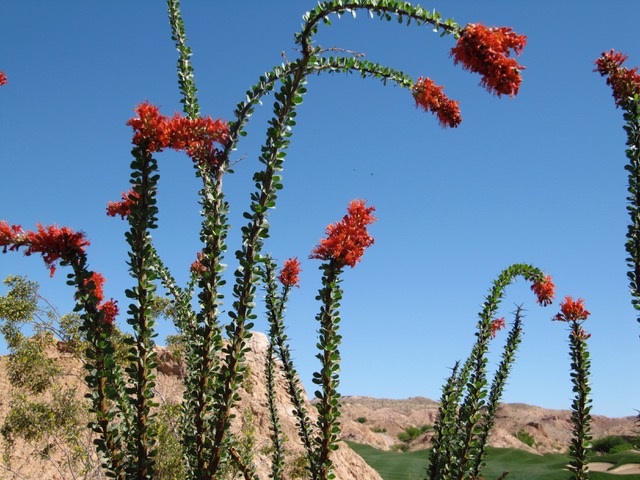 Culture:  Ocotillo prefers a habitat that is open and very rocky and where the soil is well drained such as rocky slopes, mesas, washes and desert grasslands. Ocotillo is common in most areas of the  Sonoran and Chihuahuan deserts. They are also found in western Texas through to southern California. It grows at elevations from sea level to 6,700 feet, in a variety of soils and associated with a variety of other plants. Can survive as little as 8 inches of rain a year. Ocotillos are reported to tolerate temperatures down to 0 degrees F. 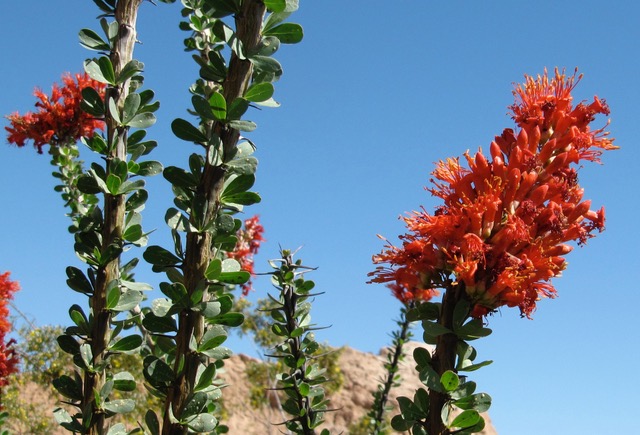 Uses:  Specimen that works well in low water gardens. Often used as "fencing" because its spines stop people and animals from passing through.

Notes:  There is much discussion on exactly how old Ocotillo can live. A good estimate is 60 years although some studies indicate they can live well over 100 years. 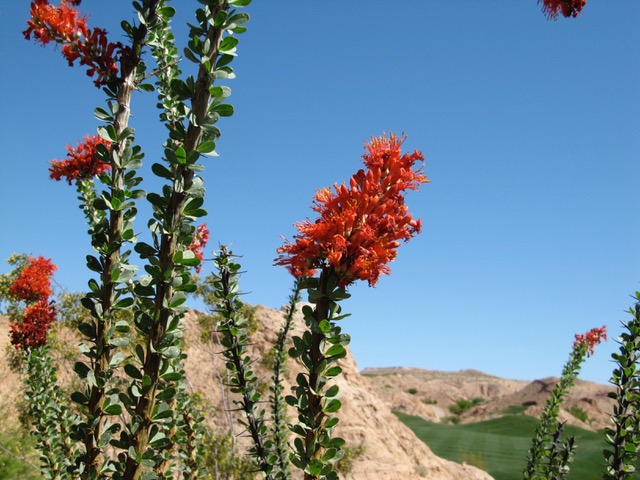