When I started farming in the mid 50s, South East of San Antonio, The Texas A&M Ag and animal experts both recommended using super phosphate or bone meal. Test showed the soil low in phosphorus. Their recommendations proved beneficial to the plants and the grazing animals. In the late 60s, on my new farm North East of San Antonio the use of phosphorus again proved productive. By banding colloidal phosphate in the furrow at planting I could double production on my fruiting vegetables. The rate applied was two tons per acre. I never at any time noticed micro nutrient deficiency. The soil Ph on the vegetable farm is from 7.3 to 8.3, depending on where and when the testing was done.

Some time back in the 70s lawns, shrubs, trees, vegetables and flowers in San Antonio started yellowing from the lack of micronutrients. The problem was found to be iron, zinc and manganese being tied up by phosphate.

The extension service was putting out bulletins telling everyone to stop using phosphate. I never experienced these problems. I ask one of the agricultural extension agents if the new 0-46-0 triple super phosphate could be causing all the problems. He thought for a moment then mentioned that the timing correlated perfectly but he could never find anyone in the fertilizer industry to agree.

On my own I did several test. I used plants highly susceptible to iron colorosus. I planted some in pure colloidal phosphate, some in pure rock phosphate and another bunch in soil that I applied the equivalent of 10,800 lbs. per acre of the old stile 0-20-0 super phosphate. All of the plants were fertilized with 10-3-1 (N-P-K) bat guano, all grew normal, showing no deficiencies. I strongly believed the problem to be the new Triple Super Phosphate. But no one, either from A&M, USDA or the fertilizer industry would or could give me an answer.

An elderly friend that had worked for large fertilizer companies was visiting me one day. I ask him for an honest answer to my suggestion that the new 0-46-0 could be causing all the yellowing? After a long pause he answered. You are absolutely right but you are not supposed to know that. He explained that the fertilizer manufactures made that discovery but they kept it a secret and all agreed to stop selling and making the 0-20-0, type of phosphate. This also prevented growers from discovering the problem by comparison.

My elderly friend explained that, when used, 0-46-0 is laying naked in the soil and looking for something to marry up with. It bonds up with zinc, iron and manganese, then the plants can’t assimilate them. Evidently, this knowledge is well protected because to this day, the agricultural agents are all telling gardeners and horticulturists to stop using phosphate fertilizers and manure for three to five years. Another problem, they say, the phosphate is causing lakes and streams to grow too much algae.

I can’t understand their reasoning. Manure has been used for centuries without causing problems. The fertilizer industry has learned to beef up their high quality phosphate fertilizer products with extra zinc, iron and manganese to help over come the problems in the landscape. Also, phosphate is not known to leach from the soil, it only moves with the soil. It can’t get into lakes unless placed there or from soil erosion. Phosphate alone will not grow algae; nitrogen must also be present.

For answers, I did some research. I got virgin soil from a location that has never been plowed or fertilized. I naturally dried and well homogenized this soil so I could get identical samples to send to numerous testing labs. I sent seven in all, two to Texas A&M soil test department and five to other labs around the U.S.

The two A&M test results show excessive soil phosphate with instructions to not add any phosphate fertilizer or manure for 3 to 4 years. The other five labs show soil phosphate low to medium and give recommended application rates.

Something is definitely wrong here.

1. The algae in the lakes should be attacked by stopping erosion and the over use of highly soluble forms of nitrogen fertilizer.

2. The fertilizer companies should be honest with their customers.

3. Texas A&M soil testing department should get together with the private testing industry to end mistrust and better serve gardeners and farmers.

4. The fertilizer salesman should be honest and better educated.

5. More and proper research needs to be done and shared with the farmers and gardeners.

6. The agricultural agents should keep up with all, private and public, research.

7. All educational institutions need to teach more about Nature and how she operates. 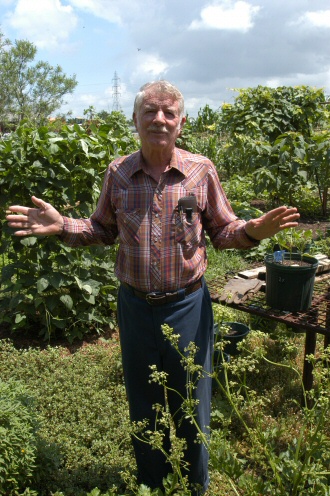