Opossums are found throughout most of North America, from southern Canada to Mexico. While originally restricted to the eastern United States, they have continued to expand their range both west and north (Gardner, 1982). There are four subspecies of opossum, but only one that occurs over most of the United States The opossum prefers deciduous woodlands near water, but can be found in a variety of habitats including marshlands, forests, farmland, and residential areas.

Opossums are gray with long pointed noses and hairless ears and tail. The tail is "prehensile," which means it can be wrapped and folded around objects like a tree branch. While certain monkeys have prehensile tails and use them to hang from, opossums don't normally hang by their tails.

Interesting notes: Opossums are probably best known for playing dead, a defense mechanism that is utilized to keep them from being eaten and is only used as a last resort. Opossums don't move very swiftly, their fastest speed was clocked at a roaring 4½ miles per hour.  Instead, they have developed another way to escape predators called "death feigning" (pretending to die). This unusual habit of defense is successful because predators don't often attack or eat dead animals and they don't always eat their prey as soon as they have captured it. "Playing possum" has also been observed in ducks, rodents, reptiles, and amphibians.

While pretending to be dead the opossum lies on its side, opens it mouth slightly, draws the corners of its mouth back, and begins to drool. The eyes remain open. If the predator goes away the opossum may recover immediately or it may take up to 20 minutes to start moving again. Even though they are "feigning death" and don't react to being probed, opossums "playing possum" are still aware of what is going on around them. In fact, experiments have shown that certain body measurements like heart rate and brain waves are no different between an awake opossum and one "feigning death" Opossums can feign death for a period of several minutes up to six hours.

Opossums are not native to the west but were brought here from the eastern United States. It is difficult to trace the current population back to its roots, but they probably originated from several different planned and unplanned introductions. For example, between 1910 and 1930 eight opossums were introduced into Umatilla County, Oregon. Most of these were pets and either escaped or were released by their owners. This small number was apparently enough to start a local population, as opossums started showing up in traps set for minks and skunks several years later in that area. These were doubtless not the only occurrences of opossums being released, but it is one of the earliest recordings and most likely helped to establish the current population ranging throughout Oregon.

Opossums are in fact immensely beneficial to the environment.  Opossums move around a lot, while rats and mice usually come to stay, not to mention the fact the oppossums will feed on mice if give the opportunity.  They are the best squirrel-proff technology you can afford.  From Creature Comforts by Joel Thomas 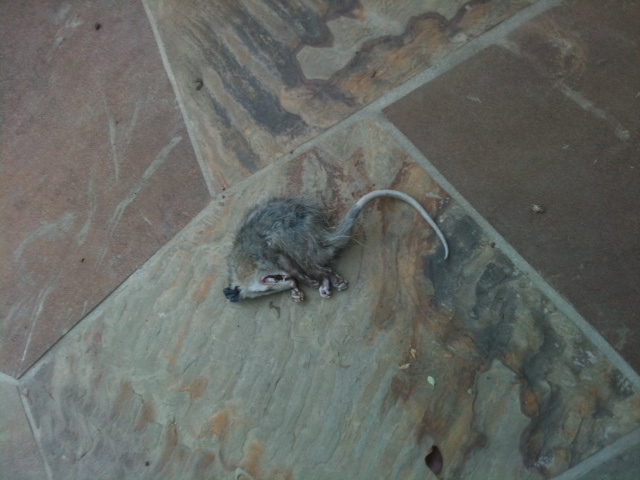 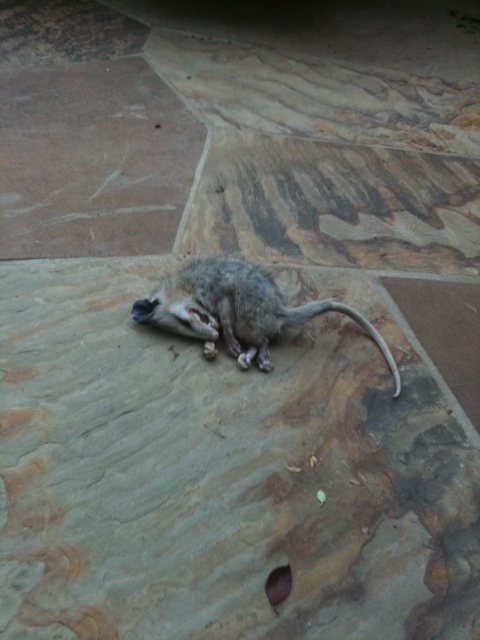