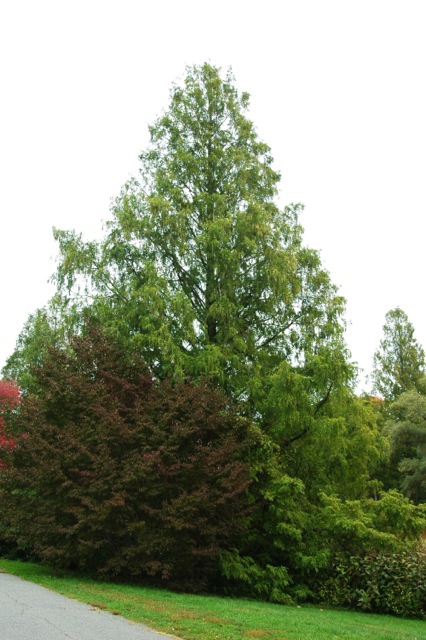 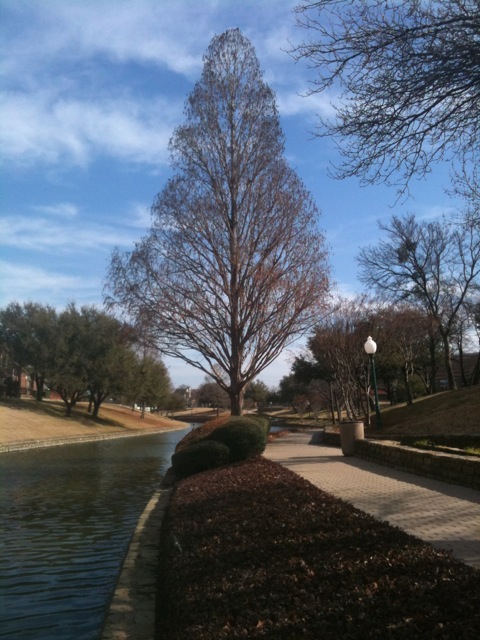 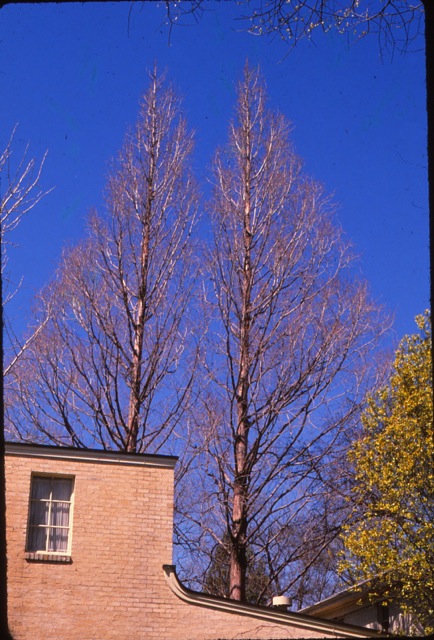 NATURAL HABITAT AND PREFERRED SITE:  China is the native habitat but dawn redwood adapts to a wide range of soils from sand to clay, even seems to tolerate alkaline, rocky soils better than bald cypress.
IDENTIFICATION INFORMATION:  Narrow, pyramidal, upright growing deciduous conifer. The most distinguished feature is the upward growing branches rather than perpendicular like bald cypress.
FLOWERS AND FRUIT:  Flowers are male and female on same tree or monoecious. Male flowers are in clusters on the ends of branches. Flowers are small. Fruit is rounded cones that form in late summer through fall. Flowers are insignificant. 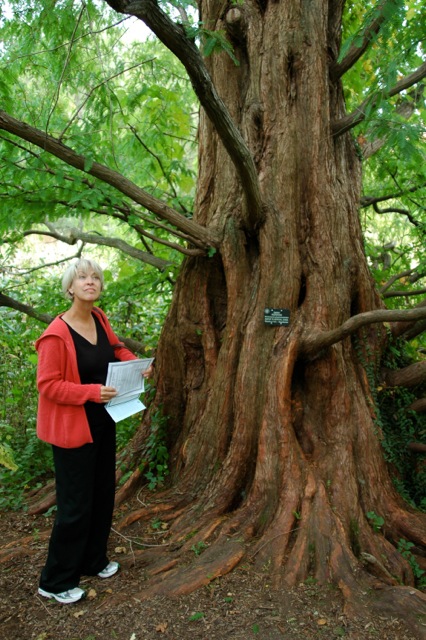 BARK:  Relatively smooth and light tan to reddish-brown, shallowly furrowed, peeling off in vertical strips.
FOLIAGE:  Medium green, opposite, simple, needle-like leaves similar to bald cypress, turn coppery to rust color in the fall. ​Dawn redwood and bald cypress look very similar from a distance. The difference is in the foliage. Dawn redwood leaves are more tidy and carefully arranged in an alternate design. ​Foliage is mostly opposite but some leaves, especially away from the tip, alternate. 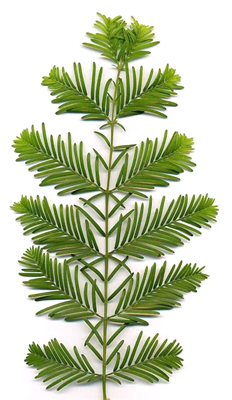 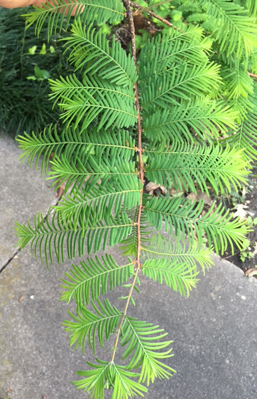 CULTURE:  Dawn redwood does not become brown and look stressed in the late summer as does bald cypress. Tolerant of wet soil and even standing water.
PROBLEMS:  Stem canker can be a problem, but it is simply a result of environmental stress. Under The Basic Organic Program and in relatively healthy and moist soil this tree does extremely well in most of Texas. Expect some chlorosis and foliage burn when planted in shallow soils on top of white rock. 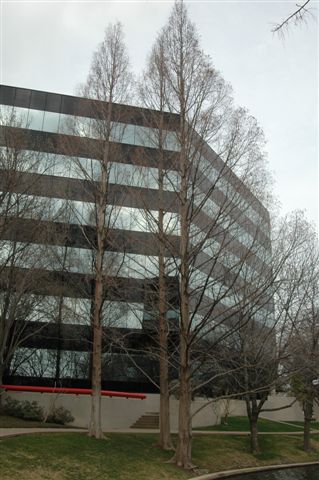 PROPAGATION:  By seed after treatment explained in the bald cypress entry.
INSIGHT:  An ancient tree that has lasted and should be planted more in Texas and many other parts of the country. It is considered a living fossil similar to the ginkgo tree. The dawn redwoods on page 198 of Howard Garrett's Texas Trees are in a back yard in Highland Park, Texas.  There are other huge specimens in north Dallas that are doing well. In fact, they are growing in black and white soils and have none of the yellowing, browning and chlorosis that commonly spoils the late summer look of certain bald cypress. Plant away - you will love this tree. 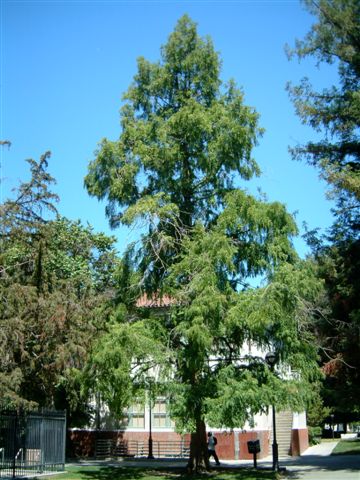 NOTES:  ​As you can see from the photos it is an impressive tree. Fossils in northern parts of the United States show that dawn redwood knew the dinosaurs. Long thought to be extinct, it was discovered in a rural, mountainous area of China. It is relatively carefree and fast growing, with one specimen in Virginia having reached 120 feet in 30 years. While the tree’s natural range is an area of only about 232 square miles in China, it has been planted successfully around the world. 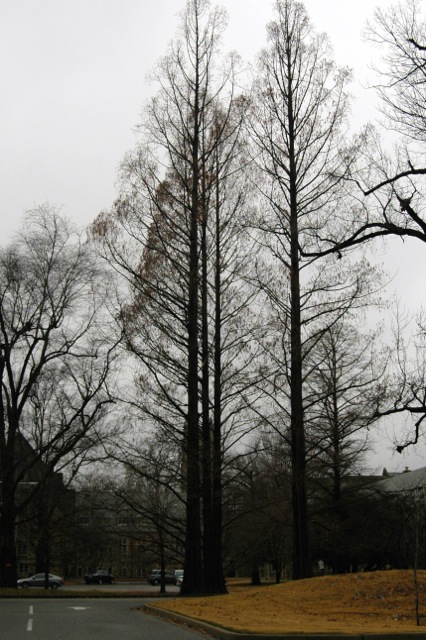 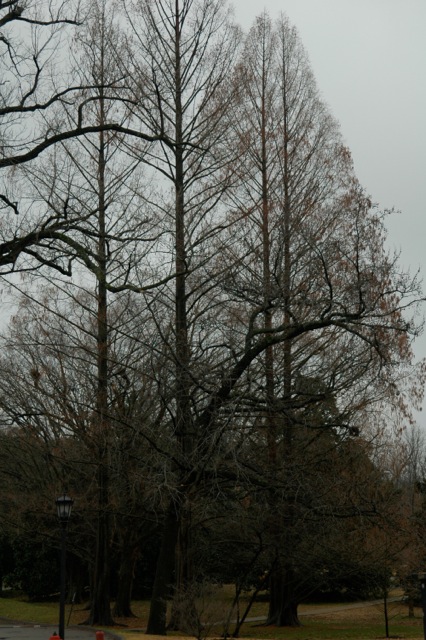