As summer progresses, crops of rice paddy art are beginning to emerge in Japan. Stunning crop art has sprung up across rice fields in <?xml:namespace prefix = st1 ns = "urn:schemas-microsoft-com:office:smarttags" />Japan. But this is no alien creation - the designs have been cleverly planted.  Farmers creating the huge displays use no ink or dye. Instead, different colours of rice plants have been precisely and strategically arranged and grown in the paddy fields.

The largest and finest work is grown in the Aomori prefecture village of Inakadate, which has earned a reputation for its agricultural artistry.

Each year hundreds of volunteers and villagers plant four different varieties of rice in late May across huge swathes of paddy fields. 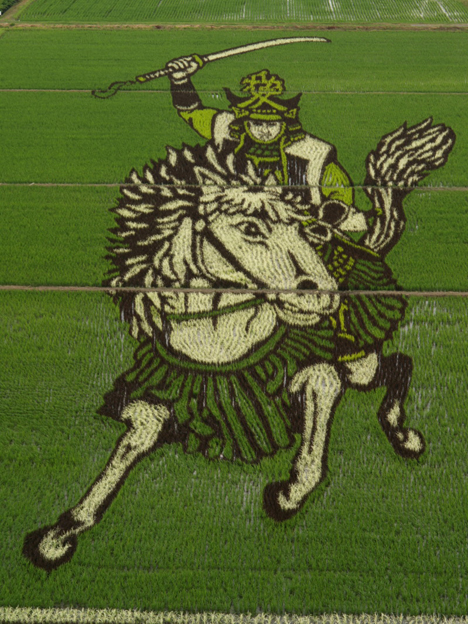 This year the enormous pictures of Napoleon and a Sengoku-period warrior, both on horseback, are visible in a pair of fields adjacent to the town hall there. 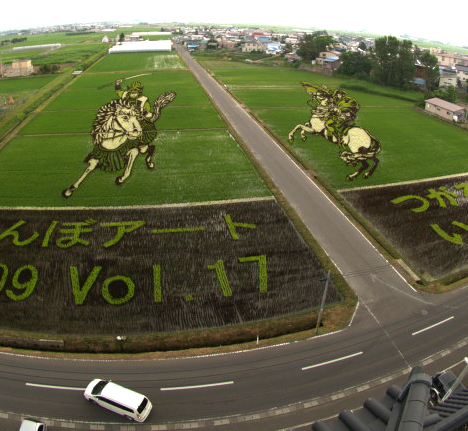 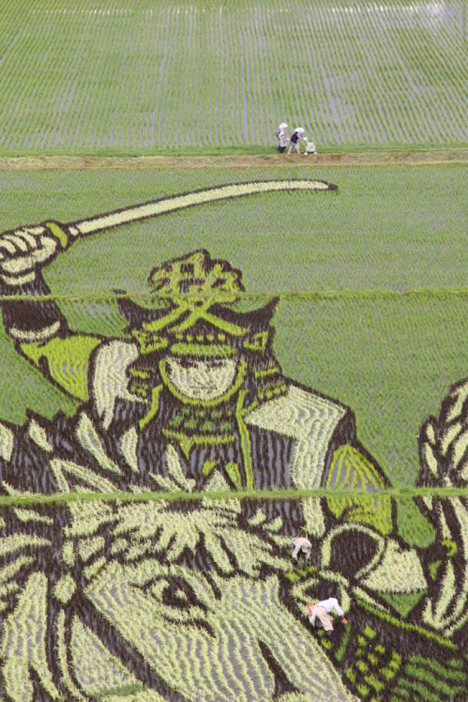 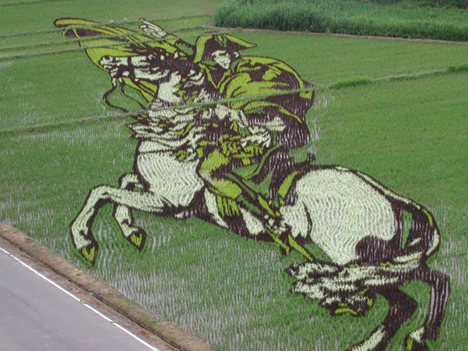 Napolean on horseback can be seen from the skies, created by precision planting and months of planning between villagers and farmers in Inkadate. 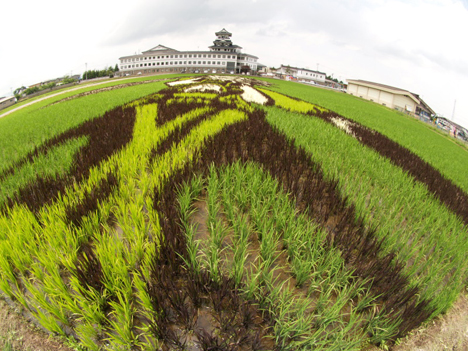 View from top of warrior’s head 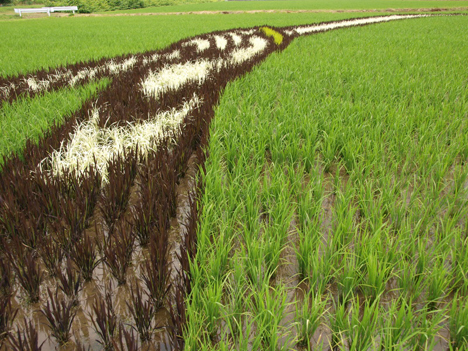 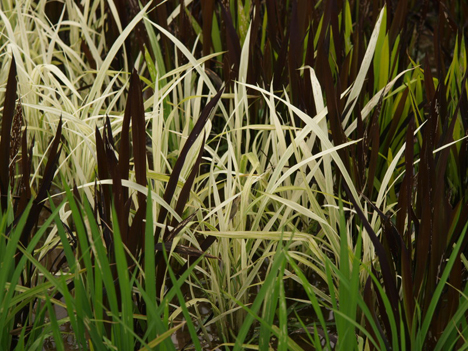 Close-up of rice plants  The different varieties of rice plant grow alongside each other to create the masterpieces.  In the first nine years, the village office workers and local farmers grew a simple design of MountIwaki every year.  But their ideas grew more complicated and attracted more attention. In 2005 agreements between landowners allowed the creation of enormous rice paddy art.

Another relatively famous rice paddy art venue is located in the town of Yonezawa in Yamagata prefecture. This year’s work depicts the 16th-century samurai Naoe Kanetsugu and his wife, Osen, whose lives are chronicled in Tenchijin, the popular, year-long historical fiction television series now airing on NHK. 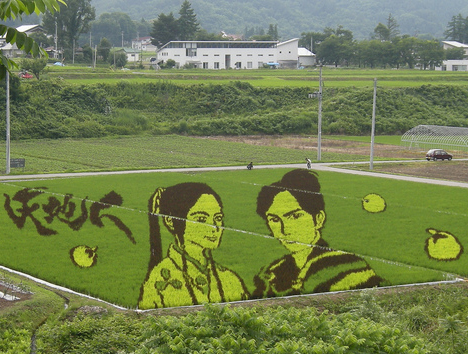 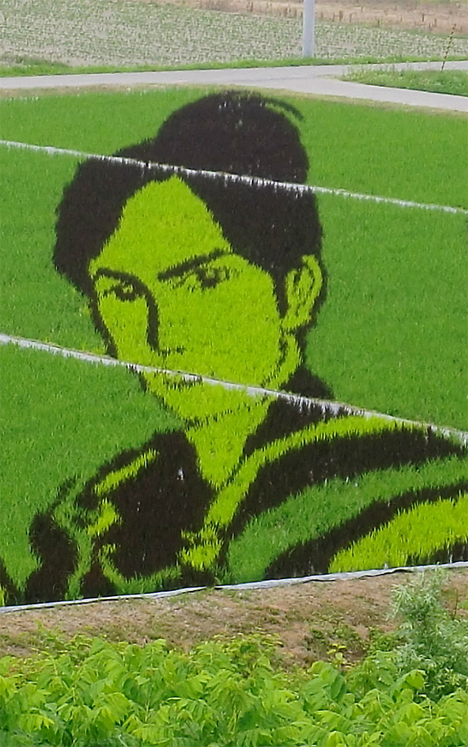 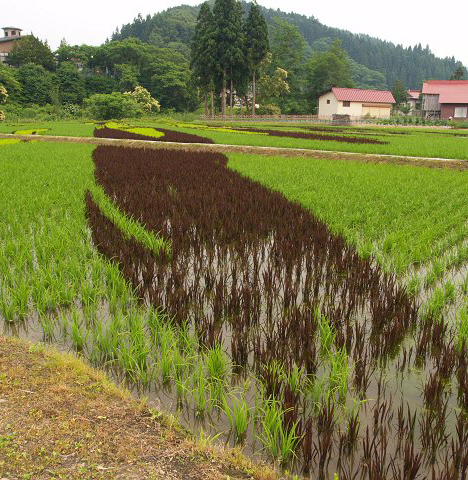 Smaller works of crop art can be seen in other rice-farming areas of Japan.
Here are a few more examples. 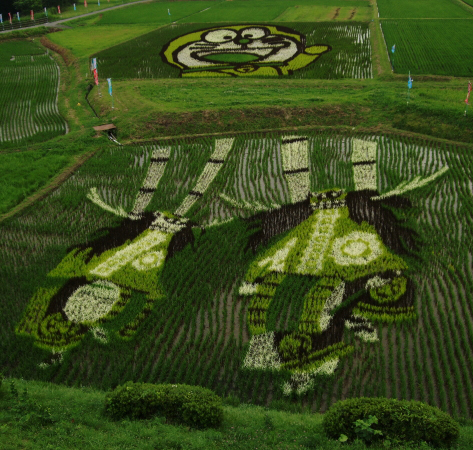 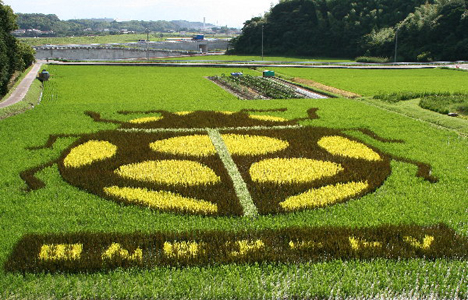 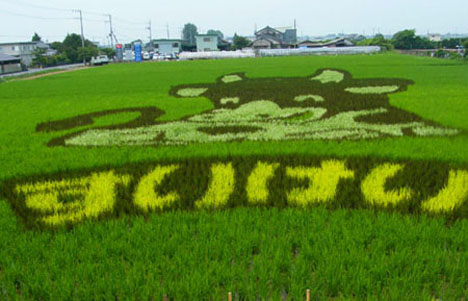 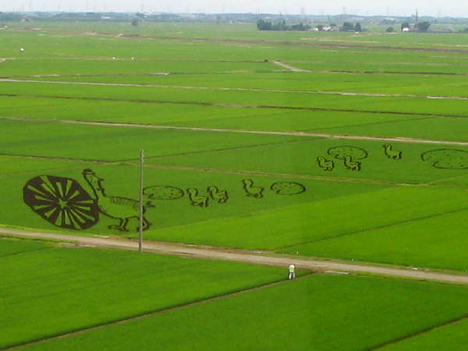