Rivers and Streams in Trouble Newsletter 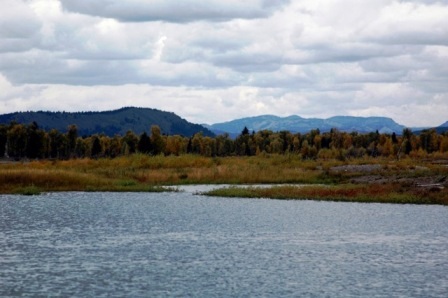 RIVERS AND STREAMS IN TROUBLE

Last week we talked about how the natural organic program can save 50% of the irrigation being used. Today we have a bad report on the condition of the natural waterways in the country.

The U.S. Environmental Protection Agency released today the results of the first comprehensive survey looking at the health of thousands of stream and river miles across the country, finding that more than half – 55 percent – are in poor condition for aquatic life.

“The health of our Nation’s rivers, lakes, bays and coastal waters depends on the vast network of streams where they begin, and this new science shows that America’s streams and rivers are under significant pressure,” said Office of Water Acting Assistant Administrator Nancy Stoner. “We must continue to invest in protecting and restoring our nation’s streams and rivers as they are vital sources of our drinking water, provide many recreational opportunities, and play a critical role in the economy.”

The 2008-2009 National Rivers and Stream Assessment reflects the most recent data available, and is part of EPA’s expanded effort to monitor waterways in the U.S. and gather scientific data on the condition of the Nation’s water resources.

EPA partners, including states and tribes, collected data from approximately 2,000 sites across the country. EPA, state and university scientists analyzed the data to determine the extent to which rivers and streams support aquatic life, how major stressors may be affecting them and how conditions are changing over time.

Findings of the assessment include:

- Nitrogen and phosphorus are at excessive levels. Twenty-seven percent of the nation’s rivers and streams have excessive levels of nitrogen, and 40 percent have high levels of phosphorus. Too much nitrogen and phosphorus in the water—known as nutrient pollution—causes significant increases in algae, which harms water quality, food resources and habitats, and decreases the oxygen that fish and other aquatic life need to survive. Nutrient pollution has impacted many streams, rivers, lakes, bays and coastal waters for the past several decades, resulting in serious environmental and human health issues, and impacting the economy.

- Streams and rivers are at an increased risk due to decreased vegetation cover and increased human disturbance. These conditions can cause streams and rivers to be more vulnerable to flooding, erosion, and pollution. Vegetation along rivers and streams slows the flow of rainwater so it does not erode stream banks, removes pollutants carried by rainwater and helps maintain water temperatures that support healthy streams for aquatic life. Approximately 24 percent of the rivers and streams monitored were rated poor due to the loss of healthy vegetative cover.

- Increased bacteria levels. High bacteria levels were found in nine percent of stream and river miles making those waters potentially unsafe for swimming and other recreation.

EPA plans to use this new data to inform decision making about addressing critical needs around the country for rivers, streams, and other waterbodies. This comprehensive survey will also help develop improvements to monitoring these rivers and streams across jurisdictional boundaries and enhance the ability of states and tribes to assess and manage water quality to help protect our water, aquatic life, and human health. Results are available for a dozen geographic and ecological regions of the country. More information: http://www.epa.gov/aquaticsurveys, Kika.stacy@epa.gov, 03/26/2013.

Once again, our recommendations are the key to the solution for this problem. Here are the details of our recommended Basic Organic Program.

By the way, the shot at the top of this Newsletter is the Snake River in Jackson Hole, Wyoming - one of the really prestine water ways in our country.

If you have any questions on this newsletter or any other topic, tune in Sunday 8am -11am (CST) to the Dirt Doctor Radio Show. Listen on the internet or find a station in your area. The phone number for the show is 1-866-444-3478. Please share this newsletter with everyone in your address book and all of your friends on Facebook and Twitter to help me spread the word on organics.