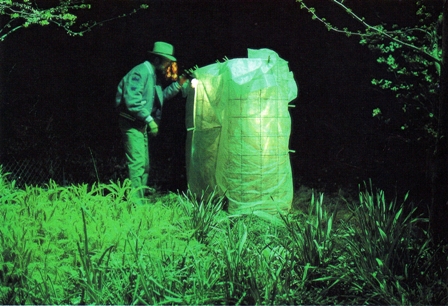 Floating row cover is a generic term for very lightweight, translucent material (usually spun polypropylene) that is placed directly over tomato cages and rows of food crops and ornamental plants to give frost protection and to protect plants from insects and various other unfavorable conditions. Floating row cover is so named because it doesn't have to be supported with hoops or other devices. It can be set right on top of the growing crops, where it will "float" above them.

Use covers on cool-season crops only during the early part of the spring growing season. Remove the covers once unsettled weather has stabilized after four to six weeks. This allows beneficial insects, such as ladybird beetles, lacewings and pirate bugs, to enter the planting area. Thwart weeds that may thrive in a covered environment by using mulch. 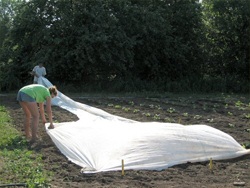 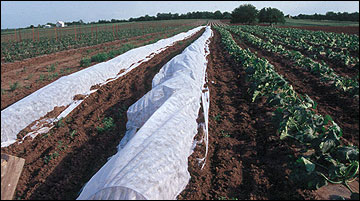