Thousands of spiders have cast eerie webs over vast areas of flood-hit Australia after being forced to seek shelter by the rising waters.

Spiders are seen in their webs spun round dry sticks on a bush next to flood waters in Wagga Wagga March 6, 2012. Floods across eastern Australia forced more than 13,000 people to evacuate their homes on Tuesday after record-high summer rains drenched three states over the past week, swelling rivers and forcing dams to overflow. REUTERS/Daniel Munoz 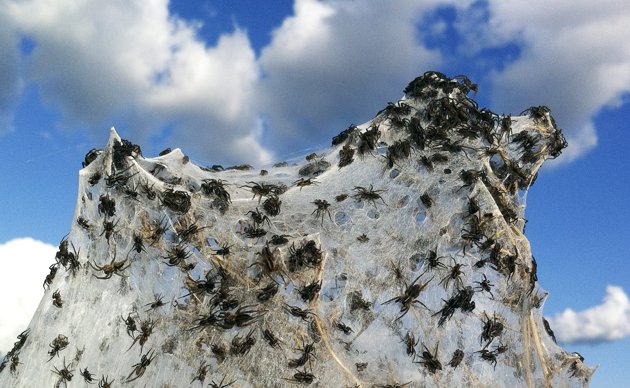