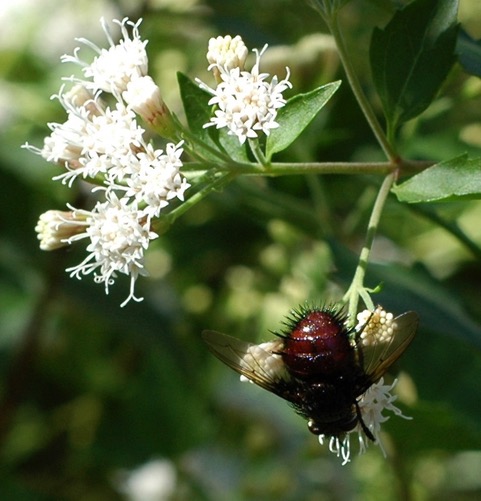 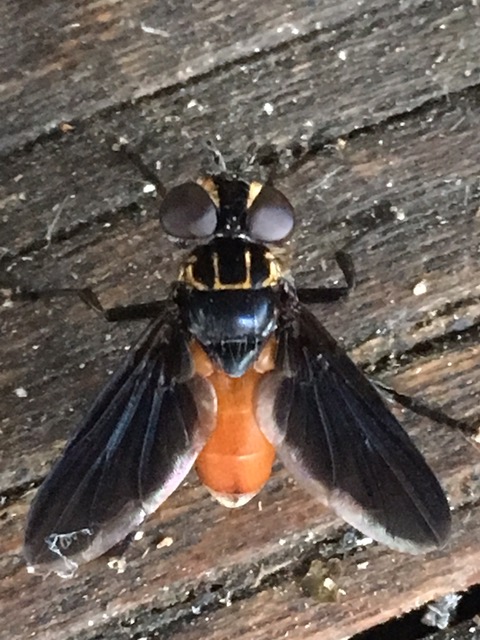 Trichopoda pennipes. The solid orange abdomen indicates that this is a male Feather Footed Fly. Feather Legged Flies are Tachinid Flies in the family Tachinidae.


Identification: Adult flies are bristled or have fine hairs on the body. They look like big house flies. Wings are slightly spread when at rest. Larvae are thick-bodied maggots with tiny spines or plates. Caterpillar and beetle larvae get very agitated when trying to keep these flies from landing on them. 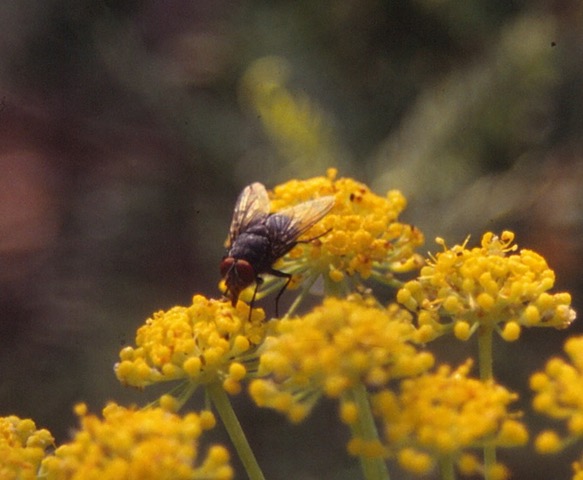 Biology and Life Cycle: Adult female lays one to several white oval eggs on a hemipteran (moths mostly) host. Eggs hatch in a few days. Larvae enter the host after hatching and feed internally, then bore out of the host to pupate in the soil in a barrel-shaped pupal case. Tachinids overwinter as pupae or larvae in the host's body. Usually have more generations than their hosts. Sometimes eggs are laid on foliage near caterpillars so they will be eaten and hatch inside the host insect. The larvae hatch from the eggs and burrow directly into the bug’s body, though only one larva will survive within each host. The larva feeds on the host internally and eventually a large cream-colored maggot exits from body of the bug (which soon dies). The maggot pupates in a dark reddish-brown puparium in the soil and emerges as an adult about two weeks later. There are up to three generations a year depending on location, and larvae may overwinter in the bodies of overwintering hosts. 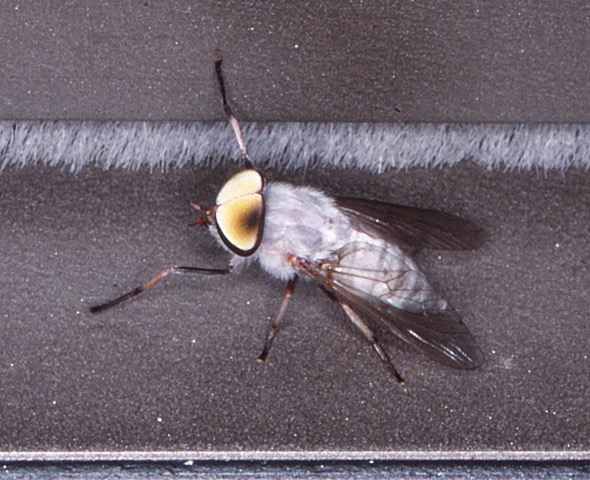 Habitat: Many landscape and food crops, especially dill, parsley, sweet clover, yarrow, and other flowering herbs. They especially like buckwheat, alyssum, and daisies. 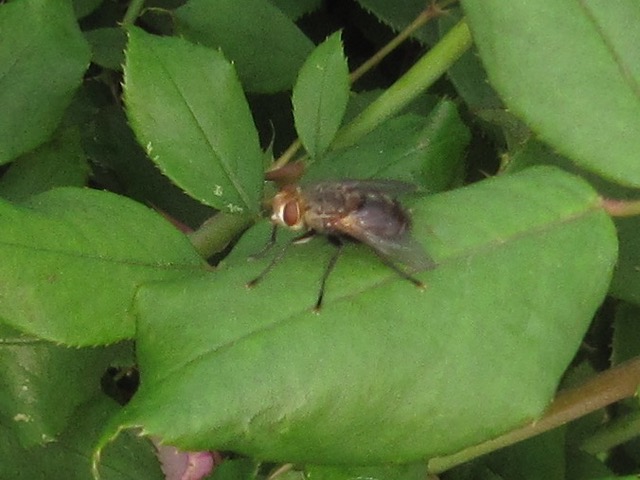 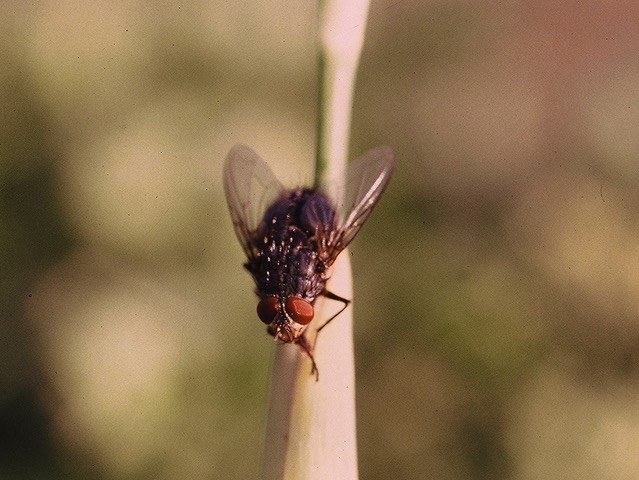 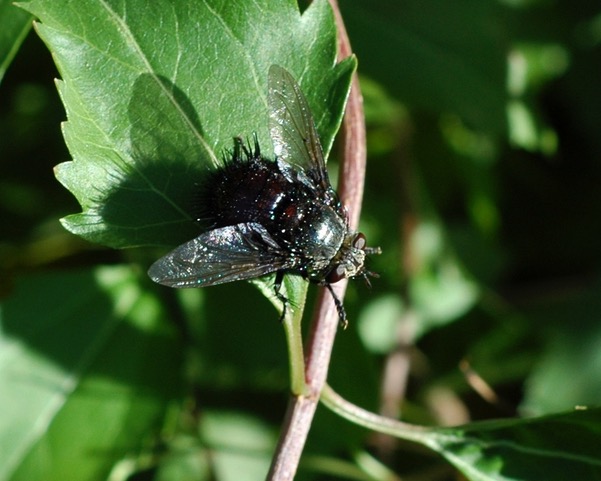