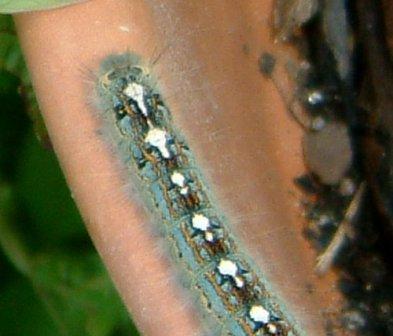 Identification:  Adults are heavy-bodied, hairy, yellow to brown moths. They have a short proboscis or none, short wings, and feathery antennae. Larvae are hairy with black heads and a white strip or row of diamond-shaped marks along the back. Also brownish and blue or red markings along the side. Egg masses are covered with a hard foamy material. 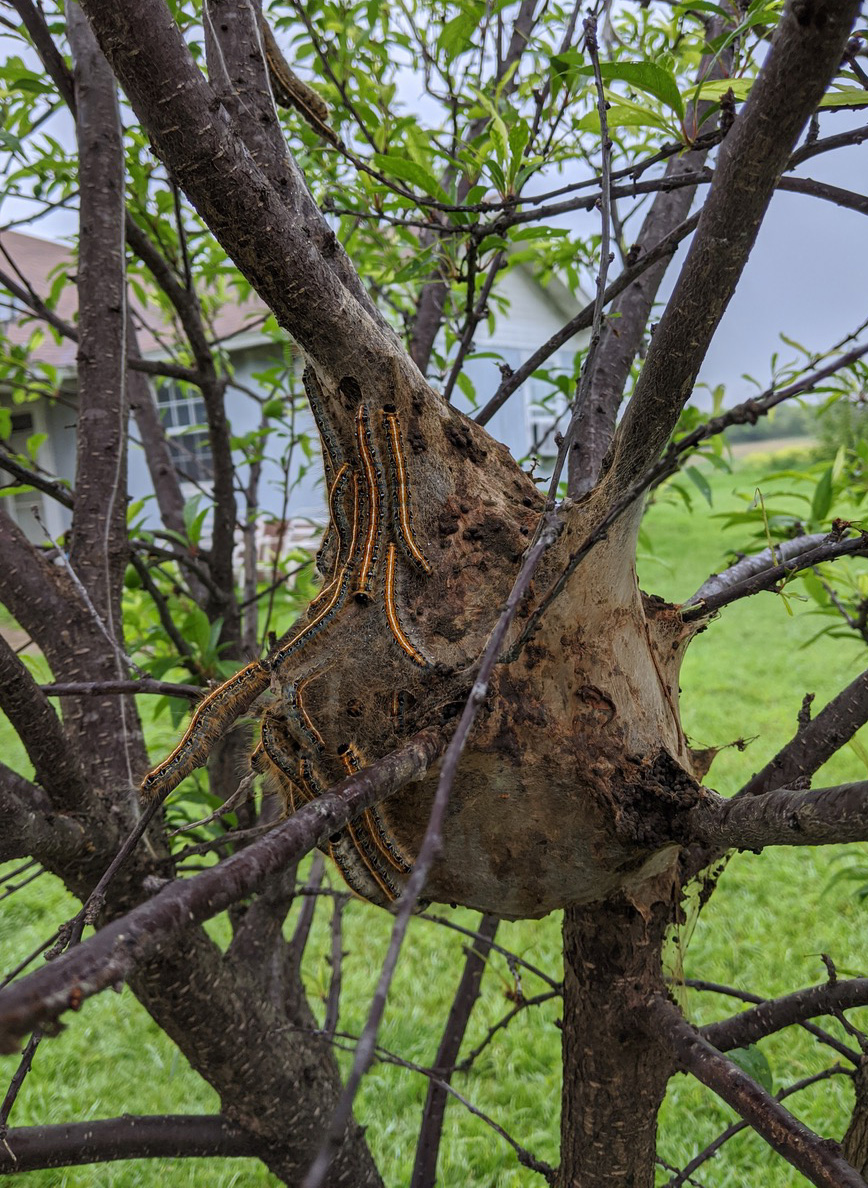 Biology and Life Cycle:  Adult moths do little or no feeding. Larvae live together in a silken tent. Cocoons are usually located in a protected place. Females lay eggs on twigs in summer, but eggs don't hatch until early spring. Larvae spin a silk tent in the protection of the nearest tree crotch. They feed for five to eight weeks, pupate in leaf litter, and emerge ten days later as moths. One generation a year. Habitat: Many deciduous trees and shrubs, especially apple, cherry, and plum. Field and vegetable crops during migrations.

Feeding Habits:  Larvae feed on the foliage of trees and can completely defoliate the plants. Economic Importance: Will defoliate and stress deciduous trees. 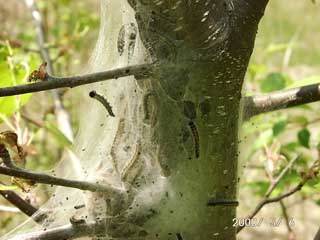 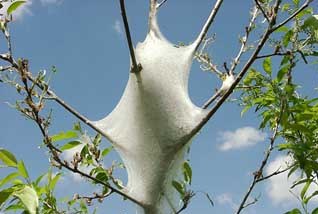 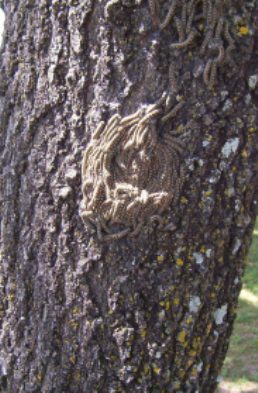