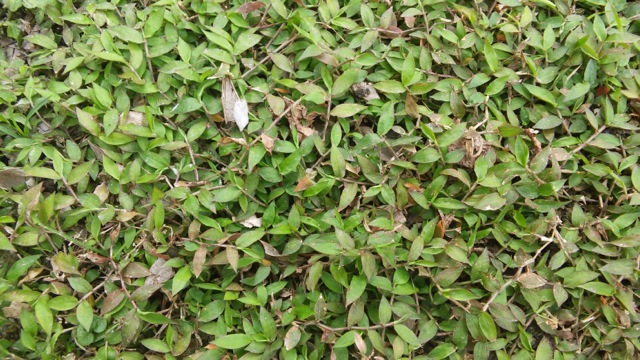 Virginia Buttonweed (Diodia virginiana) is one of the most difficult-to-control broadleaf weeds. It does well in poorly drained areas and can tolerate low mowing heights. It is a deep-rooted perennial that produces both above- and below-ground flowers. Its prolific seed production, extensive root system and ability to vegetatively reproduce make control difficult. It is a spreading perennial with opposite leaves that often have a mottled, yellow appearance due to a virus that commonly infects the foliage. Stems are occasionally hairy. The aboveground flowers are white and star-shaped with four petals. Fruit are often green and elliptical with hairy ridges. It produces deep taproots and rhizomes can be found as deep as several feet deep. It can form very dense mats in established turf. Above-ground fruit are buoyant, allowing them to be transported with surface water to other areas. Virginia buttonweed can also reproduce from stem fragments. Clippings from mowing or weed eating can establish into mature plants. Hand removal of Virginia buttonweed is often ineffective because any stem fragments or rhizomes left behind can produce new plants. The Agralawn Crabgrass Killer is a good tool for crabgrass, clover and chickweed control. It also controls Virginia Buttonweed in turf. 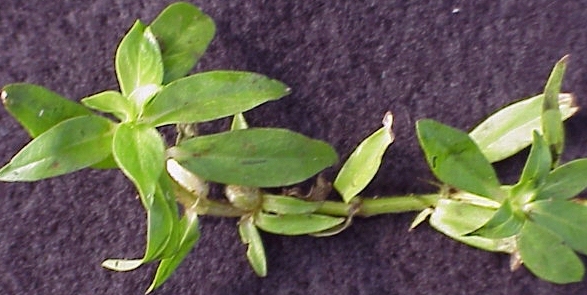 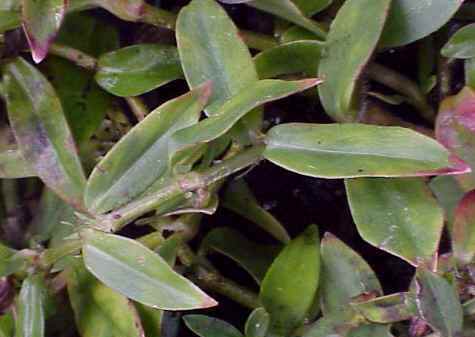 Flowers are white and tubular with four lobes at each axil along the stem.

Natural Habitat: A spreading perennial weed with opposite leaves that often have a yellowish mottling due to the presence of a virus that grows in close association with this weed.  Virginia buttonweed seems to proliferate in moist or wet areas, tolerates close mowing and is a very troublesome weed of lawns and turfgrass and is found from New Jersey west to Missouri and south into the Gulf Coast states.

Identification: Spreading perennial herb / weed with hairy, branched stems. Leaves:  Opposite, elliptic to lance-shaped, without petioles (sessile), and approximately 1  to 2  inches long by  to 1 inch wide.  Foliage:  Leaves often have a yellow mottling due to the presence of a virus and the leaves are joined across the stem by a membrane that has 1 to 3 stipules that resemble long bristly hairs.  Flowers:   Occur in the position between the leaf and the stem (leaf axils).  Individual flowers are star-shaped with four white petals and are approximately 3 inches wide and ¾ inch long.  Fruit:  A small, hairy capsule that contains 2 seeds.  Roots: Flesh roots allow vegetative reproduction to occur.

Seedling:  Cotyledons are thick and oblong, dark green on the upper surface and lighter green below.  First true leaves are elliptic to lance-shaped, without petioles (sessile), and are joined across the stem by a membrane that has 1 to 3 stipules that resemble long bristly hairs.