On April Fool's Day, Grist ran a fake bit on how Wal-Mart had "pulled the plug" on much-ballyhooed green initiatives, including its plan to to become the nation's number-one organic grocer.

"In the end, our customers value low prices more than sustainability, and at Wal-Mart, we listen to our customers," Wal-Mart's CEO (fictionally) said.

As so often happens these days, fact may be leaping ahead of satire. BusinessWeek reported today that the retail behemoth "has backed off of aggressive plans to offer more organic foods."

Wal-Mart itself tepidly denies its retreat from organic, claiming that its original plans to push into organics had been exaggerated in media reports.

But BusinessWeek counters that large- and midscale organic farmers from Florida to Maine are claiming Wal-Mart is buying less stuff.

According to the newsweekly, Wal-Mart's faltering organic strategy is part of a broader trend: the company would like to capture higher profit margins by selling "upscale" products, but its customers -- even higher-income ones -- doggedly see it as the place to load up on cheap stuff.

And its time-tested method of squeezing out profits by sticking it to suppliers doesn't work as well with domestic organic farmers as it does with, say, sweatshop owners in China.

In the case of organic milk, for example, Wal-Mart's lowball strategy worked on industrial milk giant Dean Foods, owner of "organic" milk brand Horizon; but it was a bust with farmer-owned cooperative Organic Valley.

"When demand for organic milk soared two years ago, rival Horizon Organic Dairy offered to sell to Wal-Mart for 15% below Organic Valley's price. Wal-Mart expected a similar reduction from Organic Valley, but instead the cooperative pulled out. "Looking for ever-lower costs comes at a real cost to sustainability," says George Siemon, Organic Valley's chief executive. "To have consistent supply, you have to change the paradigm of thinking and think about long-term partnerships."

Unlike, say, a large-scale, conventional tomato operation in northern Mexico, or a t-shirt factory in China, Organic Valley didn't need Wal-Mart's business, and had the backbone to tell it to get lost. Amen.

Wal-Mart's big grab for dominance over the organic market was probably doomed from the start. The company thrives by erasing distinctions and slashing price to rock bottom -- no one thinks much about which broom or DVD player to buy -- and it flounders when faced with products openly tied to a place or a production style.

Rather than push Wal-Mart to reform its ways, progressive energy is better spent rebuilding local production and distribution networks.

It can -- and in fact is -- being done. Check out this cooperative cheese venture in Vermont.

Known as the Vermont Milk Company, the project buys excellent-quality milk at a premium from nearby farmers and then transforms into artisanal cheese.

The philosophy could not be less like Wal-Mart's. According to the above linked article, the company's general manager ...

"... says milk has simply become a fluid commodity, co-mingled from different states and farms and shipped long distances by tanker trucks that could just as well be carrying olive oil or fuel. A few large national processors control the price and farmers have no say in what they get paid. That's the opposite of how Vermont Milk Company sees itself. "We believe that Vermont milk is something very precious and special."

And who needs Wal-Mart, anyway? Here's how the company distributes its goods:

"Vermont Milk Company is partnering with many other leaders on the farm-fresh edge in Vermont, such as the New England Culinary Institute and local co-ops, to market its all-Vermont products. In addition, the company is partnering with Vermont schools including U-32 High School in East Montpelier, Colchester, East Montpelier and Thetford to sell healthy snacks, such as its cheese curds."

Here we see farming and food production as a way to build wealth and health within communities -- a rebuke to Wal-Mart's attempts to pitch its wealth-extracting business model as a form of economic populism.

But in a food world dominated by Wal-Mart and other conglomerates, projects like the Vermont Milk Company don't arise out of thin air. They require concerted action and public support. They represent my idea of what the Farm Bill could and should be supporting. 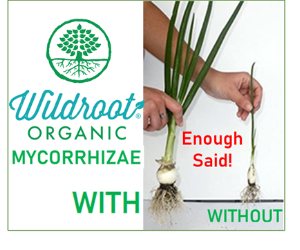