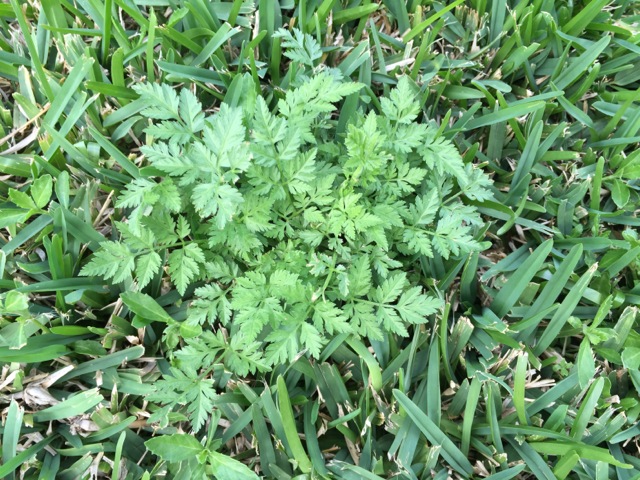 This lacy weed-like plant got its common name from the legend of Queen Anne of England (1665-1714) pricking her finger and a drop of blood landing on white lace she was sewing. Part of the carrot family, Queen Anne’s lace is a biennial that is also known as wild carrot. Early Europeans cultivated it and Romans ate it as a vegetable. American colonists boiled the taproots, sometimes in wine as a treat. It is high in sugar, second only to beets among root vegetables. It was used by the Irish, Hindus and Jews to sweeten puddings and other foods.
The Queen Anne's lace flowers resembles white lace and have a flat-topped white umbel, sometimes with a solitary red-purple flower in the center. The flowers bloom from late spring until mid-fall. Each flower cluster is made up of numerous tiny white flowers. The flower cluster start out curled up and opens to allow pollination. The cluster then rolls itself shut again, like a reverse umbrella when it goes to seed at the end of the season. The root smells like carrots.
Feathery leaves resemble the domestic carrot. The bases of leafstalks are broad and flat. Queen Anne’s lace leaves also closely resemble the leaves of the poison hemlock, fool’s parsley and water hemlocks, all poisonous cousins of Queen Anne’s lace. See below. Wild carrot can grow tall, most average about 3 feet tall.
Using first year plants are recommended. Roots are used in soups, stews and in making tea. First year leaves can be chopped and tossed into a salad. Flower clusters can be ‘french-fried’ or fresh flowers can be tossed into a salad. The aromatic seed is used as a flavoring in stews and soups. 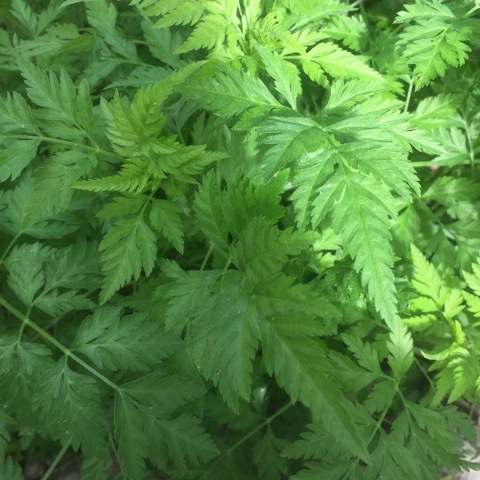