Worms are elongated invertebrates that can generally be divided into three groups, including flatworms, roundworms and segmented worms. Most worms have bristles or fins that help them move. 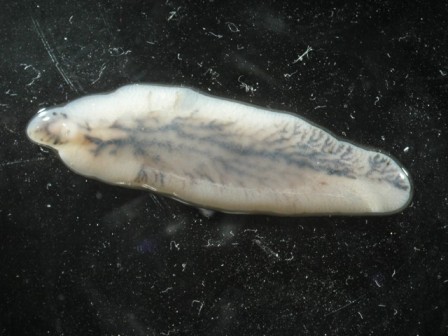 Fluke, a flatworm that lives on or in other animals. Some flukes live on a single host. 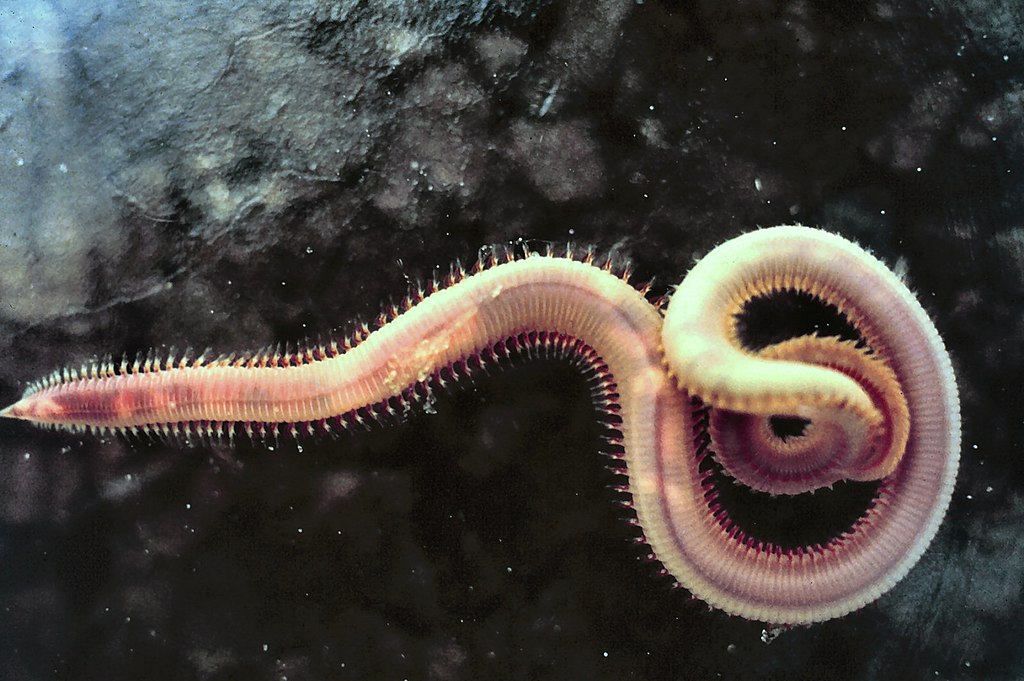 Annelid, a member of a large phylum of worms, most of whose members have segmented, tubular bodies. 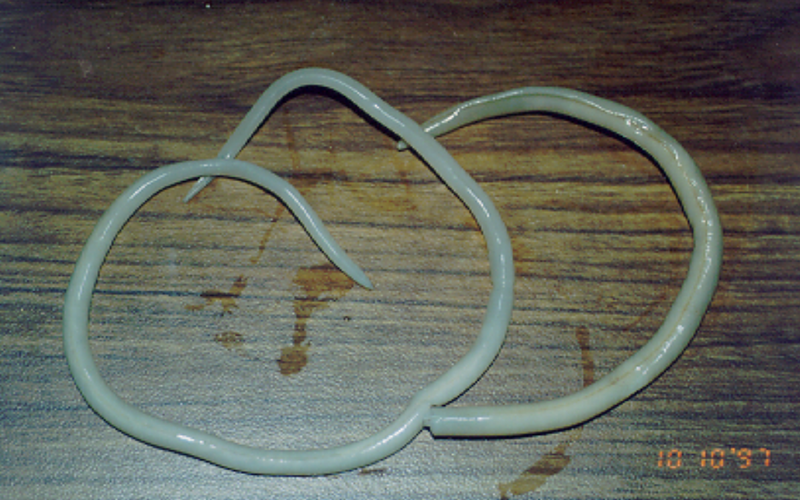 Ascaris, a genus of parasitic roundworms. Members of this genus are widely distributed, and are especially numerous in warm, moist climates. 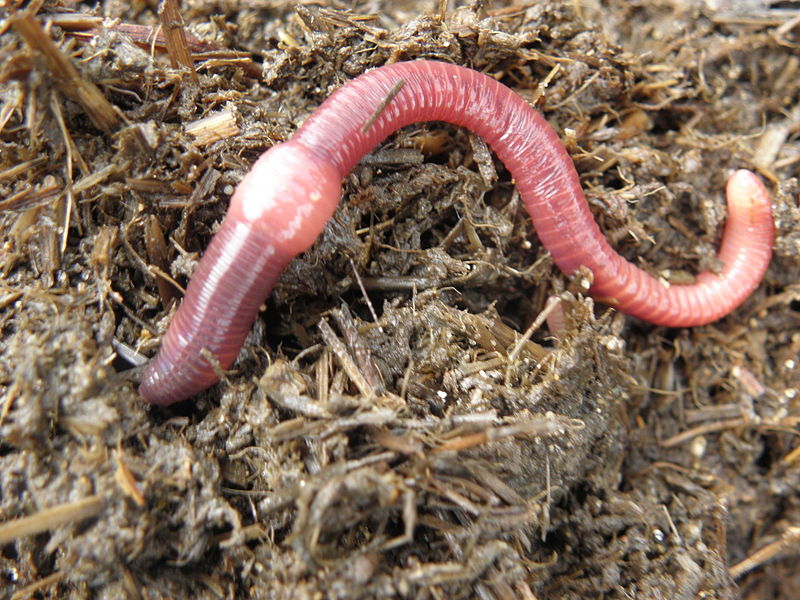 Earthworm, a long, slender worm. It is found in damp soils of regions having moderate or warm climates.

Eelworm, a common name for a free-living (that is, nonparasitic) or plant-parasitic roundworm. 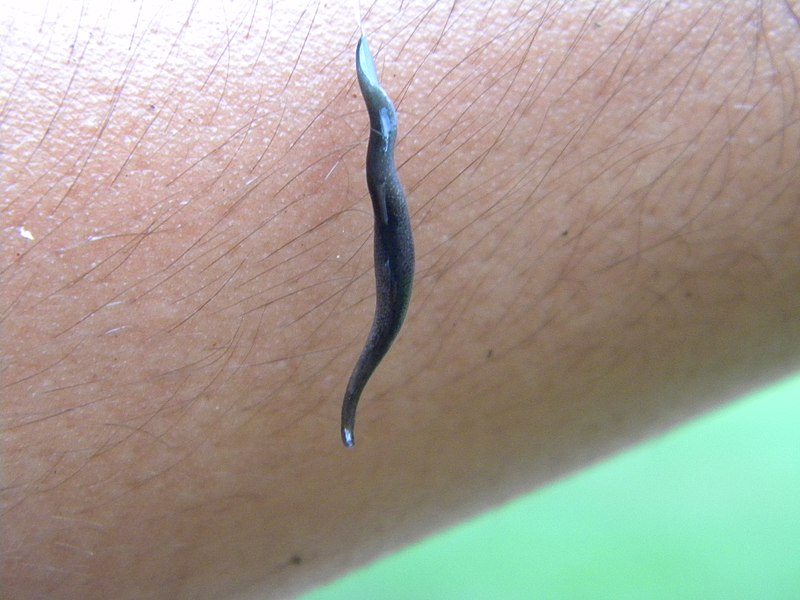 Flatworm, a worm with a soft, flat body. Some flatworms live in water, chiefly in the sea, but most are parasites that live in the bodies of other animals. 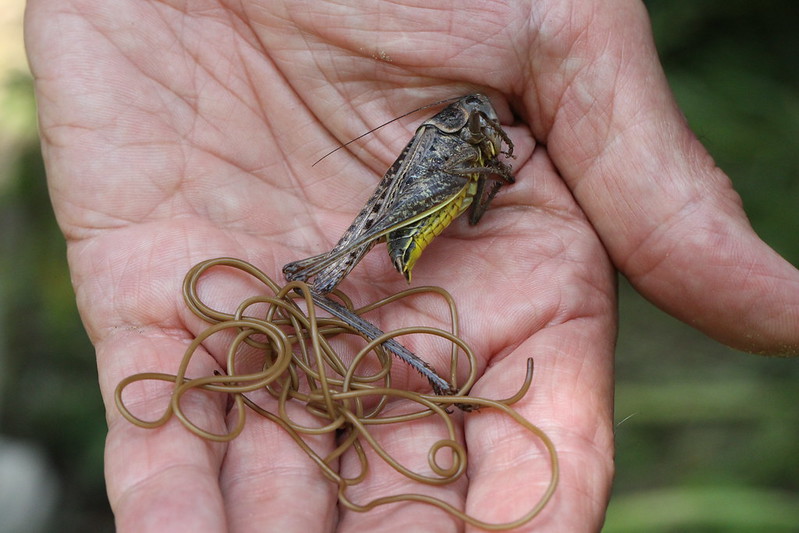 Hairworm, a long, slender worm found in many ponds or quiet streams. Hairworms are sometimes called horsehair worms and horsehair snakes because it was once thought they were worms or tiny snakes that developed from horsehairs that fell into water. 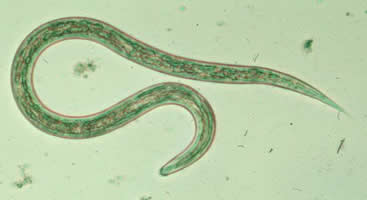 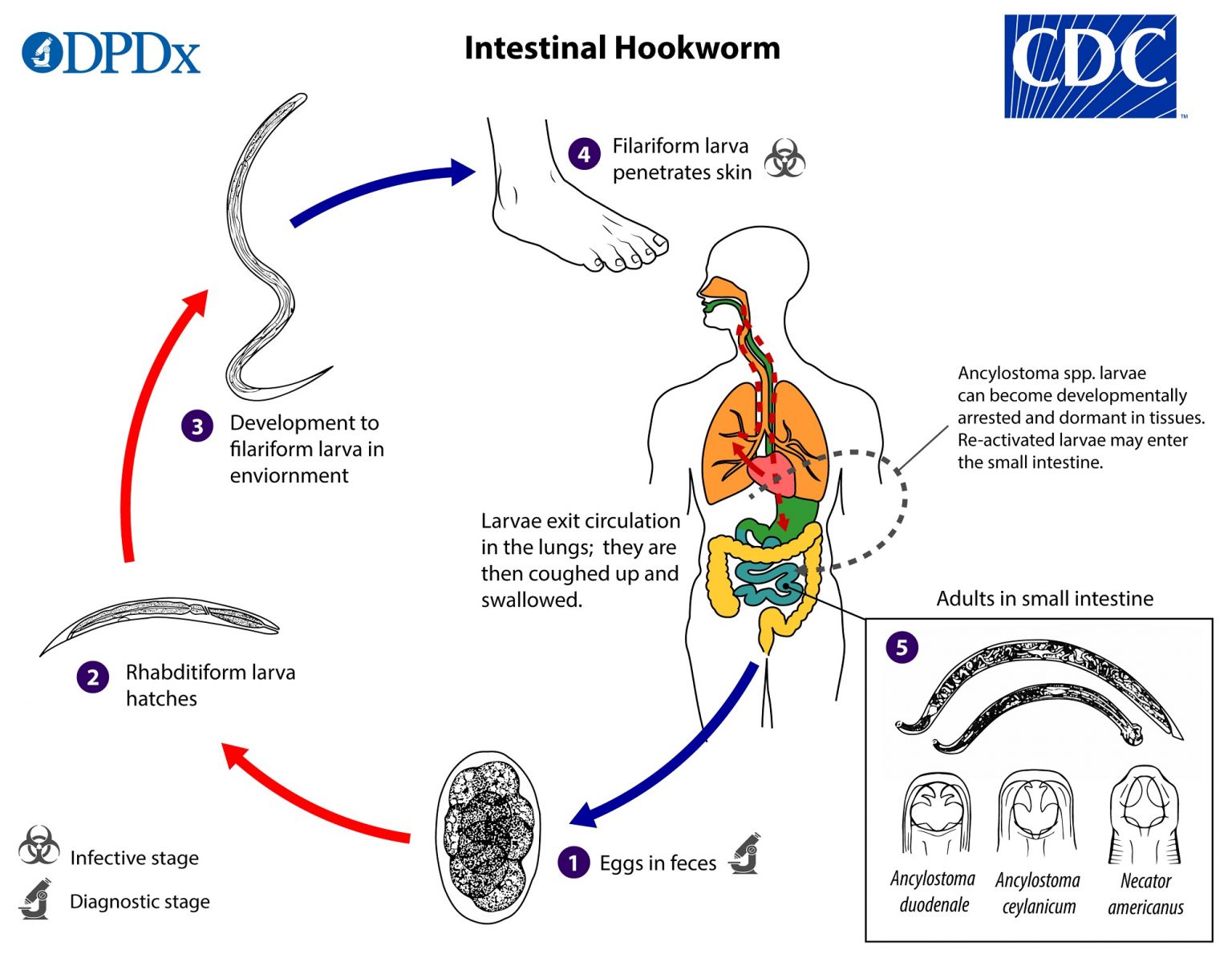 Hookworm, a roundworm that lives as a parasite in the intestines of man and other animals. 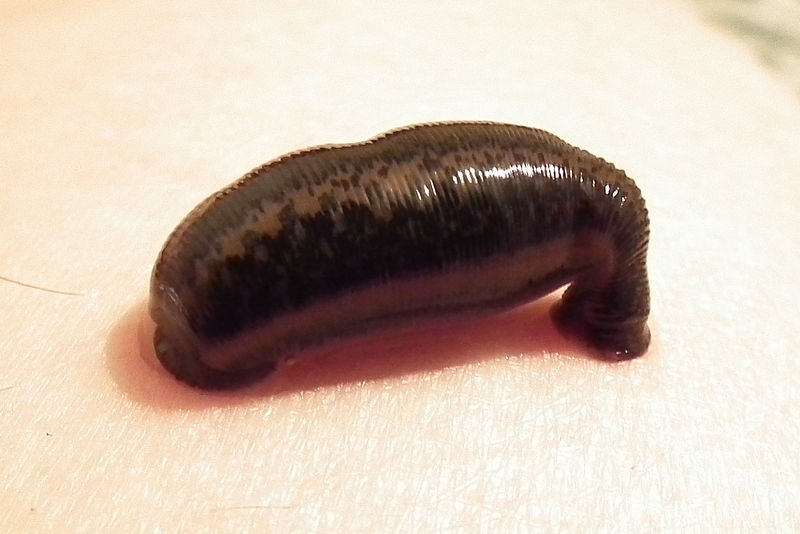 Leech, or Bloodsucker, a bloodsucking annelid worm. Most leeches live in the sea. 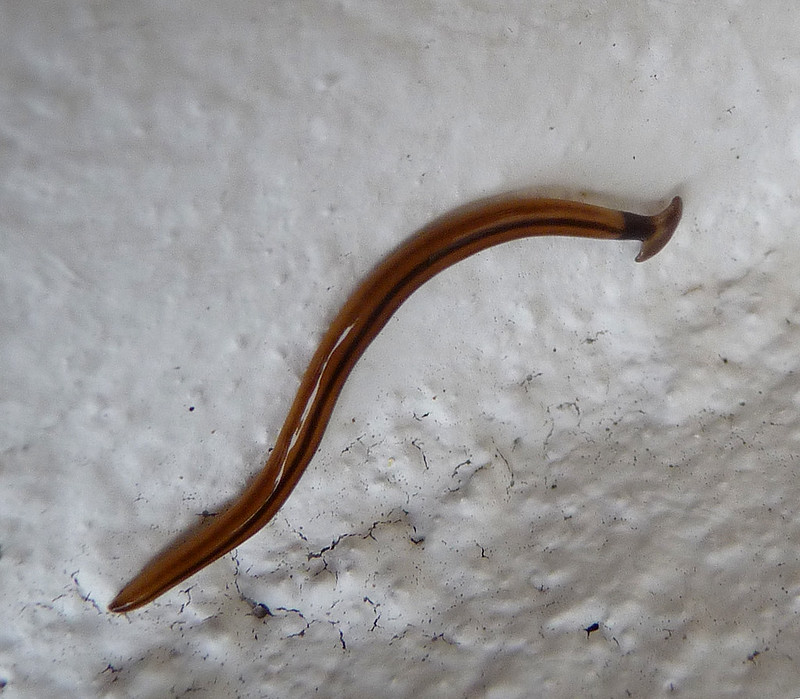 Planarian, any of several free-living (nonparasitic) worms. The planarian is the simplest of all flatworms. 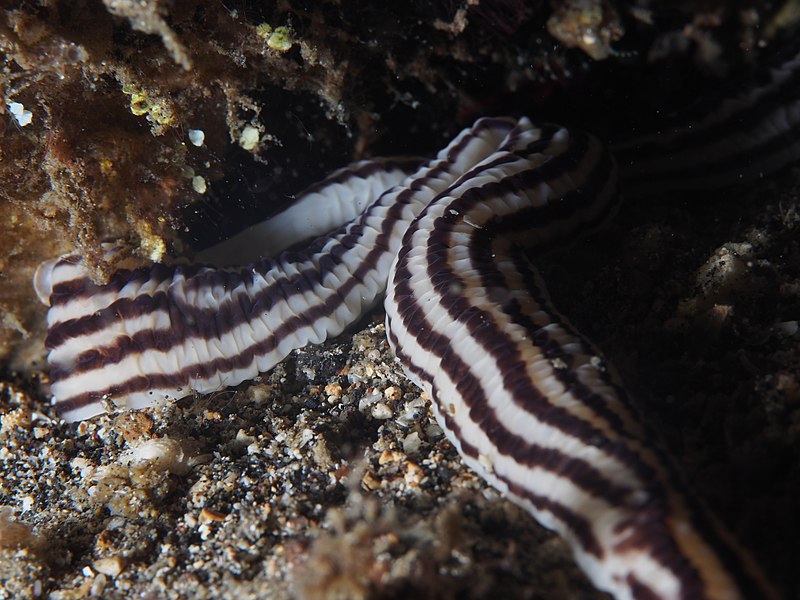 Ribbon Worm, any of about 900 species of worms that typically live on seacoasts and in the sea. 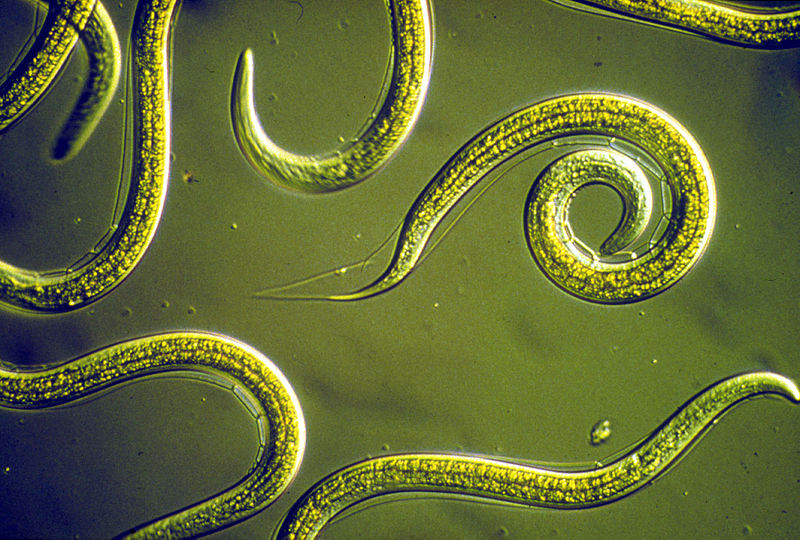 Roundworm, or Nematode, a slender, cylindrical worm. Roundworms are of worldwide distribution and are found in freshwater and saltwater, in plants and animals, and in the soil. 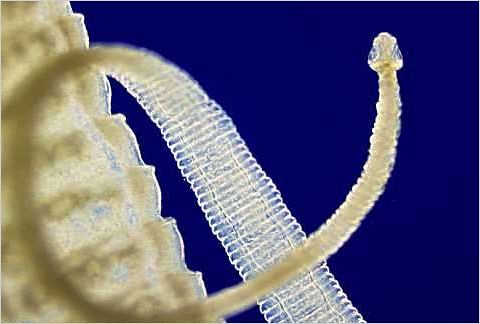 Tapeworm, a parasitic flat worm. The tapeworm has a long, flat body made up of a head, a neck, and a chain of segments, or sections.