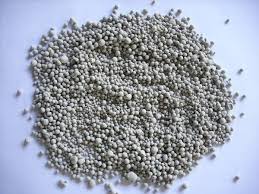 Zeolite can also be used for air and water purification, cat litter material, shoe deodorizers, animal feed supplements, garage floor spill removers, cooler and refrigerator odor and moisture removers, animal stall odor and moisture removers, and soil amendments. Mix raw zeolite (powder or granular) into the soil for new bed preparation. Broadcast onto contaminated soil to detoxify. Rates can vary from 10- to 50 pounds per 1,000 square feet. More than 50 pounds won’t hurt anything but is probably a waste of money. Zeolite has a very high cation exchange capacity (CEC). It helps fertilizer to be more efficient. A natural ore used to absorb odors, gases, liquids and as an amendment to most soils. Zeolites are natural volcanic minerals with unique characteristics. Their chemical structure classifies them as hydrated aluminosilicates, comprised of hydrogen, oxygen, aluminum, and silicon arranged in an interconnecting lattice structure. Zeolites heave the ability to change and absorb certain harmful or unwanted elements from soil, water and air. An example is the removal of calcium from hard water. Zeolite has a strong affinity for certain heavy metals such as lead and chromium. Zeolite works as a soil amendment by absorbing nutrients, especially nitrogen, and then releasing them at a rate more beneficial to plant root development.

Zeolite is a natural volcanic mineral. It contains a wide array of basic minerals that were spewed back to the earth’s surface in a cataclysmic event - a volcanic eruption. Over millions of years, hot springs leached the calcium, sodium and other contaminants out leaving a unique material. Finely ground zeolite has an amazing capacity to grab things - odors in the air - all kinds of odor, and contaminants in the soil. It especially likes ammonia -raw nitrogen. So, if you've been using synthetic fertilizer, an application of Zeolite will grab that excess nitrogen and release it slowly so it is useful to plants — and isn't leached into our water systems. Its capacity to grab odors makes it a great material in cat litter. And, it's the crunchy material that comes in those little bags that are sold to absorb odors in refrigerators, closets and such. And it's reusable. I bought a chunk of it at an aquarium shop. I keep it in my aquarium with my albino frogs. Periodically, I put it out in the yard in the fresh air and sunshine where it releases the absorbed odors. Then I put it back with the frogs. This is a very useful product in the organic program.