The U.S. Department of Agriculture (USDA) and the U.S. Environmental Protection Agency (EPA) Thursday released a comprehensive scientific report on honey bee health. The report states that there are multiple factors playing a role in honey bee colony declines, including parasites and disease, genetics, poor nutrition and pesticide exposure.

"There is an important link between the health of American agriculture and the health of our honeybees for our country's long term agricultural productivity," said Agriculture Deputy Secretary Kathleen Merrigan. "The forces impacting honeybee health are complex and USDA, our research partners, and key stakeholders will be engaged in addressing this challenge."

"The decline in honey bee health is a complex problem caused by a combination of stressors, and at EPA we are committed to continuing our work with USDA, researchers, beekeepers, growers and the public to address this challenge," said Acting EPA Administrator Bob Perciasepe. "The report we've released today is the product of unprecedented collaboration, and our work in concert must continue. As the report makes clear, we've made significant progress, but there is still much work to be done to protect the honey bee population."

In October 2012, a National Stakeholders Conference on Honey Bee Health, led by federal researchers and managers, along with Pennsylvania State University, was convened to synthesize the current state of knowledge regarding the primary factors that scientists believe have the greatest impact on managed bee health.

There is a Need for Improved Collaboration and Information Sharing:

Additional Research is Needed to Determine Risks Presented by Pesticides:

An estimated one-third of all food and beverages are made possible by pollination, mainly by honey bees. In the United States, pollination contributes to crop production worth $20-30 billion in agricultural production annually. A decline in managed bee colonies puts great pressure on the sectors of agriculture reliant on commercial pollination services. This is evident from reports of shortages of bees available for the pollination of many crops.

The Colony Collapse Steering Committee was formed in response to a sudden and widespread disappearance of adult honey bees from beehives, which first occurred in 2006. The Committee will consider the report's recommendations and update the CCD Action Plan which will outline major priorities to be addressed in the next 5-10 years and serve as a reference document for policy makers, legislators and the public and will help coordinate the federal strategy in response to honey bee losses.

To view the report, which represents the consensus of the scientific community studying honey bees, visit: http://www.usda.gov/documents/ReportHoneyBeeHealth.pdf 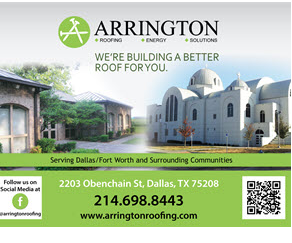