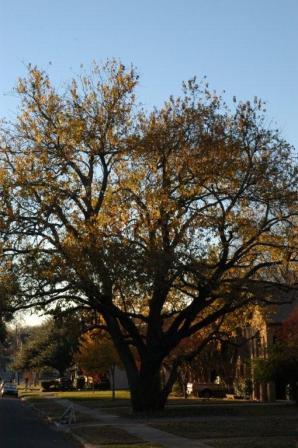 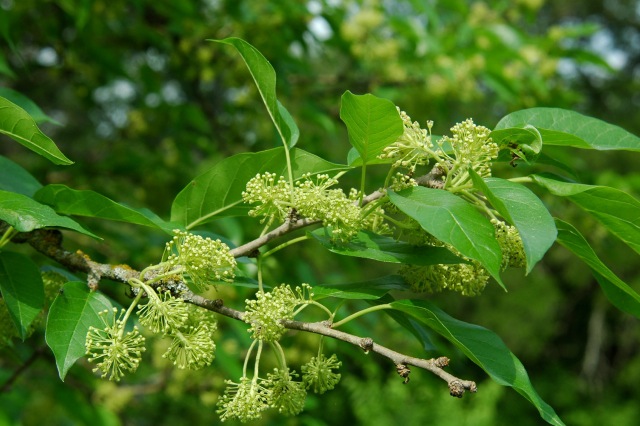 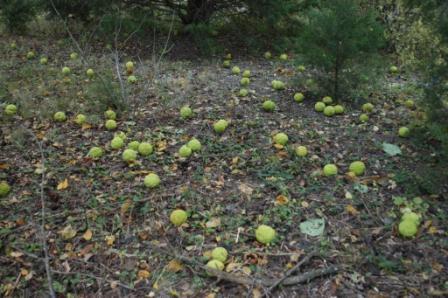 INSIGHT:  The Native American Osage Indians used bois d’ arc to make bows hence the name, and also war clubs. The invention of barbed wire reportedly came from someone seeing the thorns on the bois d’ arc fencerows. The fruit or horse apples have been historically used to repel cockroaches and fleas. Horses actually do eat the fruit, which has caused deaths due to lodging in the animal’s throat. Some people are allergic to the milky sap from the stems, leaves and fruit and develop dermatitis. Foliage has been used to feed silkworms and a yellow die has been made from the root bark. The bark of the trunk has been used for tanning leather. In landscape situations bois d’arc generally should be removed to favor more desirable plants. The bright orange wood can be used for fenceposts and construction material because it takes forever to rot. 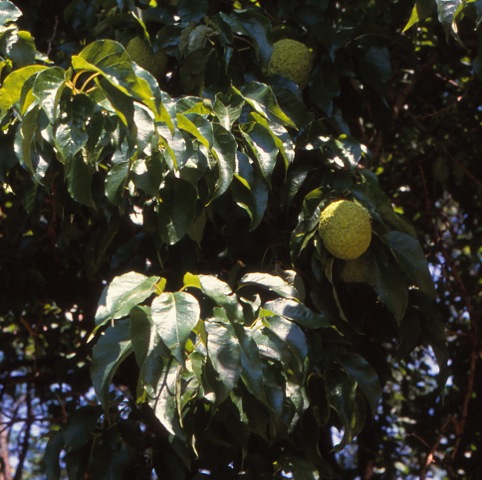